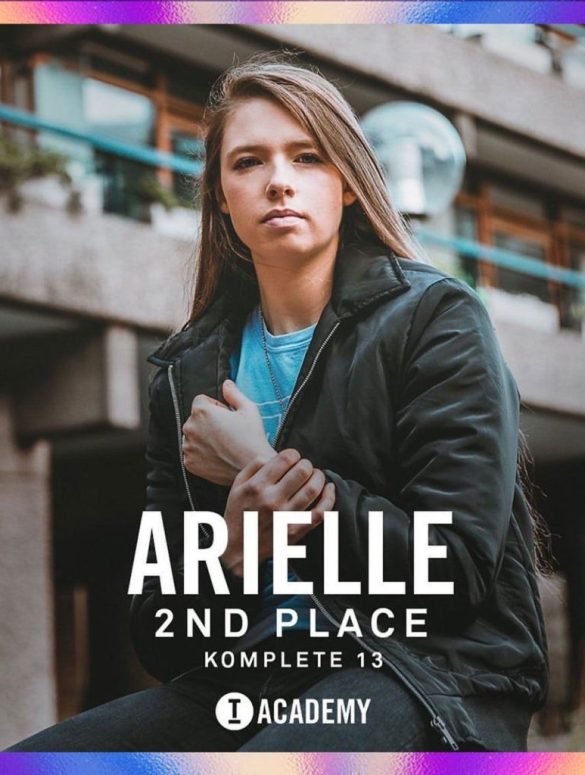 Arielle presents a minimal techy remix of Maxinne and Lauren L’aimant Tell Me Something.

As part of the 23by23 initiative, Arielle landed on Toolroom Academy with her very own remix of Maxinne‘s super hit Tell Me Something. 23by23 is an initiative that aims to have at least 23% of the record releases by certain labels from female producers. The initiative is supported by LP Giobbi, Femme House, Ableton Live, Native Instruments, DJ Minx, Baby Weight and Toolroom Records, Club Sweat, Gorgon City’s Realm Records, which are just a few of the labels that took part in the project.

One of the first remix initiatives has been brought by Mark Knight’s Toolroom Records with a remix competition for Maxinne and Lauren L’aimant Tell Me Something. Camille Doe won the competition placing herself on the top spot of the leaderboard winning an Immersive A&R session, with the chance to release her remix on the label. On top of that, she received a copy of Native Instruments Komplete 13 Ultimate.

On the second spot, Arielle injected her techy-minimal style into the tune. Kicking off with a very clean but effective rolling rhythm, the tune continues flowing thanks to the mysterious plucked top elements. Arielle added ethereal and eerie harmonies but kept the essence of the original mix thanks to the original vocal. A true mix between melodic techno and tech-house that we’re sure you’ll love it.

Released back in 2021, Tell Me Something has gained since then more than 3 M Spotify streams and it has been featured on highly acclaimed first studio album Red Alert.

The 23by23 initiative is going strong with a new challenge for the month of March. This time it’s with the legendary Soma Records. One of the world’s leading electronic dance labels, Soma has been helping to define techno since 1991. And here is your chance to remix 3SBAT’s banger ‘Draconic Cycle’ and be in with the chance of an official release. Submit your remix to the Female and Gender-Non-Conforming producer group by the 3rd of April 2022 at 23:00 CET to be in with a chance of winning.