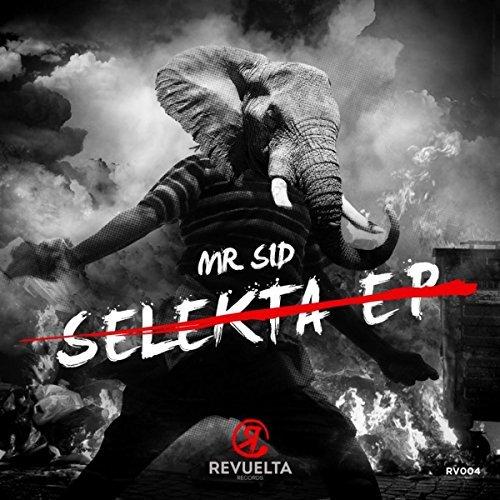 [vc_row][vc_column][vc_column_text]Jude &  Frank imprint, Revuelta, has just dropped its 4th release since the opening welcoming Mr. Sid with his ‘Selekta’ EP.

Opening up with ‘Selelkta’, that as you can imagine giving the name to the EP, Mr. Sid is still confirmed as a skillful producer; techy vibes cleverly mixed with groovy and funky groover are merged together with an eclectic vocal loop that drives the record in an energetic and pure groovy drop. Amazing is the sound of the bubbling bassline that gives that extra touch to the entire record.

After release on Sosumi and Star Traxx, Mr. Sid lands on Revuelta for his debut EP called ‘Selekta’.

‘Rhymes’ is the second and last track on the EP. It’s more energetic and fast compared to the first one. The break is a full groovy experience with insane percussion rhythms that will not make you stand still. The drop explodes with a beautiful vocal sample followed by heavy and hitting bassline which makes the record really fat and festival-ready.

‘Selekta’ EP is the debuts one of Mr. Sid on Revuelta Record; it’s a mix of multiple genres and we loved how he has merged all that sounds together. Both records are perfect for chilly in a pool party under the hot days of summer or the create serious damage on festivals’ dancefloor.

Directly from one o the most beautiful city in the world, Amsterdam, Mr. Sid is already a veteran in the groove movement. With releases on Staar Traxx, Sosumi, Banzai and more he has spread his music style worldwide. His EP on Sosumi, which was dropped last month, received great support.