Nico De Andrea and Pete Dash ‘After Laughter’ out on Revuelta

[vc_row][vc_column][vc_column_text]Two of the most talented upcoming producers, Nico De Andrea and Pete Dash, have teamed up for ‘After Laughter ’ out now on Italian Revuelta Records. 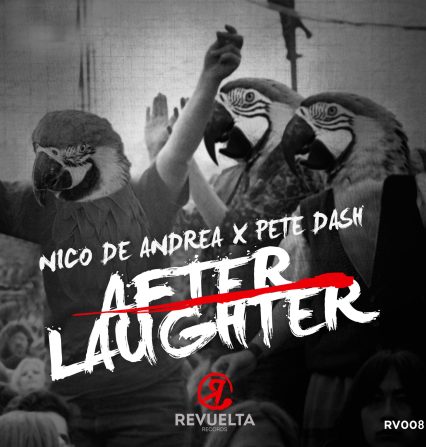 If you’re not new to the blog you may remember that Nico De Andrea was the first to be interview by us in the ‘Let’s Talk About’ series. With releases on the biggest label of the genre, such as Staar Traxx, Spinnin’, Axtone, SONO, Flamingo and more, he has amply demonstrated its skills in the music production field. We can say the same things about Pete Dash; he has recently released a very dope EP on The King of Drums‘ imprint as well as two records on Tom Staar’s label and, on fo these, is a collab with Nico himself. The two guys have already collaborated for ‘Burning Sun’ out of Staar Traxx in February.

Poker Flat Recordings welcomes back Steve Bug with ‘The Haze’

Nico De Andrea and Pete Dash team up for ‘After Laughter’ out on Revuelta.

Now they are back together to delivering a chill and groove injected tune perfect for the summer season. ‘After Laughter ’ features relaxing percussive vibes perfectly merged with carnival vocal loop. The breakdown brings you to some tropical beach thanks to its hypnotic and non-stop melody. The whole track is very fresh and we’re sure to hear it on some chiringuito in the Isla Blanca.