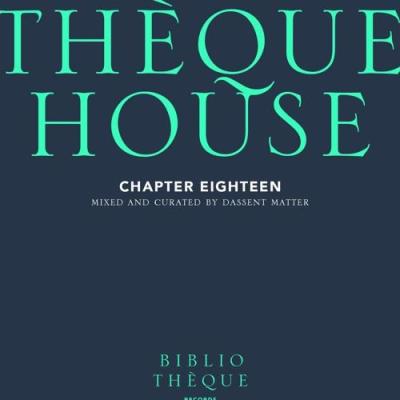 Sebjak’s incredible radio show, THÈQUEHOUSE, is back for its eighteenth episode with a special mix of Dassent Matter.

For the latest chapter of his THÈQUEHOUSE show, Sebjak has invited Spanish producer and DJ Dassent Matter. If you follow Sebjak’s label Bibliothèque Records closely you can know Dassent Matter from his two remixes, one for the Crusy’s track ‘Things At Night‘ and the second one for the Sebjak’s big hit ‘Look At Me‘ and also for his latest release on the Bibliothèque Records, his own record named ‘Anyone Out There’.

His sound is deep and dark and they’re the same you can expect from his mix. Sebjak says about him, that he is one of his favorite producers at this moment and after you hear his THÈQUEHOUSE chapter you will know.

This episode is packed with a lot of fresh releases as well as some exclusive IDs as the third and the ninth record played. The full tracklist is available on 1001traklists.

You can stream the full episode via Soundcloud checking below.