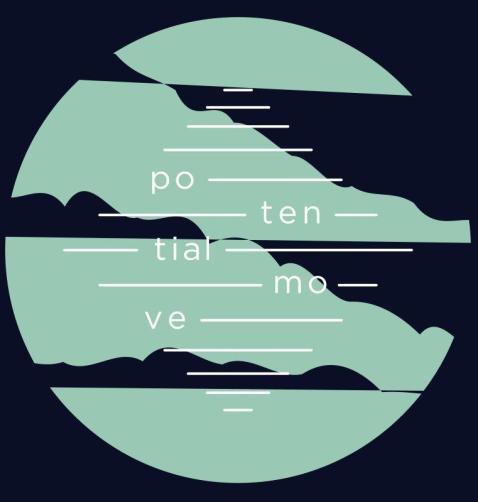 Today we’re going very deep and underground with this new EP. Thick bassline, energetic kicks, and mysterious synth melodies are the key parts of Krane ‘Keep Groovin’ which is the opening track of the EP. The record continues with an interesting motion of groovy percussion. The track is kept very single but at the same time super very effective. the EP continues with Man On Drums’  ‘Orlanda’. The artist name says it all and you can expect a full drum and percussive record rhythm from relaxing melody and bubbling bassline. The track hasn’t a real drop and this is why it’s perfect to relax your body and your soul. Closing up with Danny Dust ‘Do Nothing’ which features chill and relaxing element with more underground vibes.

The whole EP is currently out on Potential Move, a label based and found in Kaliningrad, Russia that is representing the local artists and sharing their forward-thinking vision of the electronic dance music. The label was established in July 2017, whereas the debut release came out in January 2018. All the tracks on their debut release feature local artists representing and supporting our growing club scene.

Krane is one half of Boorane duo that has made his debut vinyl release on our label. The duo project is very well-known for the release landed on the infamous In-Beat-Ween-Music

Man on the drums is the owner of the label and he appeared in the EP with the second track, ‘Orlanda’.

Danny Dust is not new to the music industry thanks to his releases appearing on important labels, such as Bosconi, Apparel, and Your Only Friend. His slow-burner gem ‘Do Nothing’ took the B side and it’s the losing record of the EP.