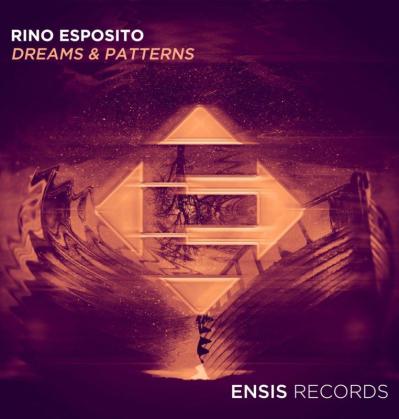 Directly from Naples, Italy, Rino Esposito, after the groove-tribal ‘Maasai’ and more than 4 other releases, he is back on Ensis Records with a more housy and groovy record called ‘Dreams & Patterns’.

Release number 512 on Ensis Records, Rino Esposito ‘Dreams & Patterns’ is a pure mix of housy and techy vibes filled with a great dose of groove. The record kicks off with wide and deep kicks and a rolling percussive loop rapidly enriched by a very housy vocal loop. The great infusion of toms and mid-low percussions give to the track a pump when dropped in small and intimate clubs. ‘Dreams & Patterns’ is perfect for underground nights or more techy pool parties.

With numerous releases on Ensis, Rino Esposito is back on the label with ‘Dreams & Patterns’.

Born and raised in Naples Rino Esposito begins his journey as a DJ at very young age into the Italian clubbing scene of the mid-2006. He’s distinguished by an impeccable sense of control of the stage and the crowd, which he brought along while promptly approaching the clubbing scenario, and in less time he plays as guest DJ in the most important clubs of the city. His skills in the music production field allowed him to land various times on Ensis Records. Rino Esposito has also released a very cool revision of ‘Without You’ by Avicii.

Talking about Ensis Records has a huge catalog filled with music from every taste. from big room to groove-house to underground record, Ensis’ catalog contains more than 500 releases. They have also launched a division called Ensis Deep which seems to be paused at the moment.

Rino Esposito ‘Dreams & Patterns’ is currently out now worldwide on every streaming platform and music store and it can also be downloaded for free via Ensis Soundcloud page.[/vc_column_text][TS_VCSC_Soundcloud url=”https://soundcloud.com/ensisrecords/rino-esposito-dreams-patterns-out-now” color=”#1e73be”][/vc_column][/vc_row]