Established as a free download record and rapidly grown during last year, Ensis can now boast almost 28000 followers on Soundcloud and a huge network of supporters. They release almost every music genre but in the last period the label is focusing more on the so-called “groove” and their latest release Rino Esposito & Jeremy Prisme ‘Maasai’ is a clear example. 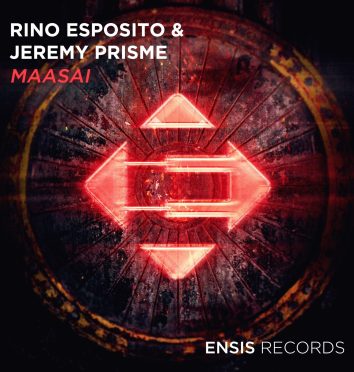 Immediately from the first play, you will be caught by the tribal vibes accentuated by the suave female vocal and jungle sounds. The rhythm becomes more intense thanks to the tribal and native percussions driven by the uplifting melody that leads to a drop which can be defined a mix of chill and groove. The breakdown is our favorite part of the record: all the sounds are perfectly blended together, so much to make you feel inside a native jungle tribe. The mystical vocal will bring you to another dimension making you feel all the vibes of this record.

Born and raised in Naples Rino Esposito begins his journey as a DJ at very young age into the Italian clubbing scene of the mid 2006s. He’s distinguished by an impeccable sense of control of the stage and the crowd, which he brought along while promptly approaching the clubbing scenario, and in less time he plays as guest DJ in the most important clubs of the city. His sound has caught the eye of several international DJs like Daddy’s Groove, Knife Party, and many others.

Jeremy Prisme from Montpellier discovered his passion for music at the age of 15. He moved to Guadeloupe where he started to lay in a club in town and, at the age of 18 he became resident.