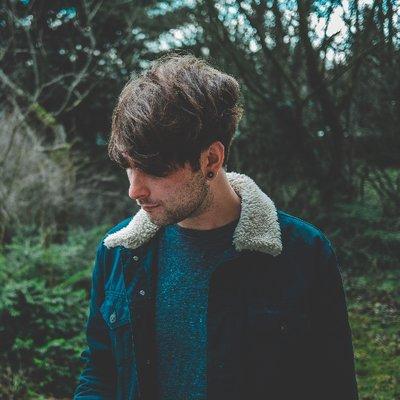 Faodail‘s Flicker remix immediately transports listeners to a world of intimacy and contemplation with its hushed ambiance of field recordings and gentle piano chords. Rather than altering the mood of the original, Faodail’s rework slows down Rohne‘s track and highlights hidden sounds within it, leading us to a deeper and more immersive listening experience. In this remix, Rohne and Foadail’s musical aesthetics blend harmoniously – the mellow and the uptempo, organic sounds overlaid with electronic textures. For Faodail, the symbiosis is given by the fact that both have complementary sounds. “Rohne approached me about remixing a track from his album just a few weeks after I discovered his music.

Rohne reached out to me about remixing a track from his album just a few weeks after I first discovered his music. I had already fallen in love with Flicker and I jumped at the chance to put my own spin on it – Faodail

Flicker remix, despite being a short track, is a deep meditation brought about by the collaboration of two bright, emerging producers.

The artists: Rohne and Faodail

Rohne (Keenan Branch), a self-taught electronic music producer, honed his craft while traveling the world with a laptop, headphones, and field recorder. “Meridian,” his debut work, was born from a collection of ideas, inspirations, and experiments captured either at his home studio or on the road. Despite the improvisational nature of his arrangements, Rohne’s music is distinguished by nuance and the ability to reflect concepts that are sometimes ineffable. The producer continued on a philosophical quest for his second album, “Forms,” this time in the solitude of his hometown in the Pacific Northwest, exploring the very boundaries of creativity through tracks filled with sophistication and intrigue.

Rohne has now asked Scottish producer Callan Marchetti, aka Faodail, to rework the album’s title track, Flicker. Faodail is known for bringing a sense of intimacy and poignancy to his music, using elements such as cracks and creeks of his piano pedal to draw listeners up close and personal with his sound.