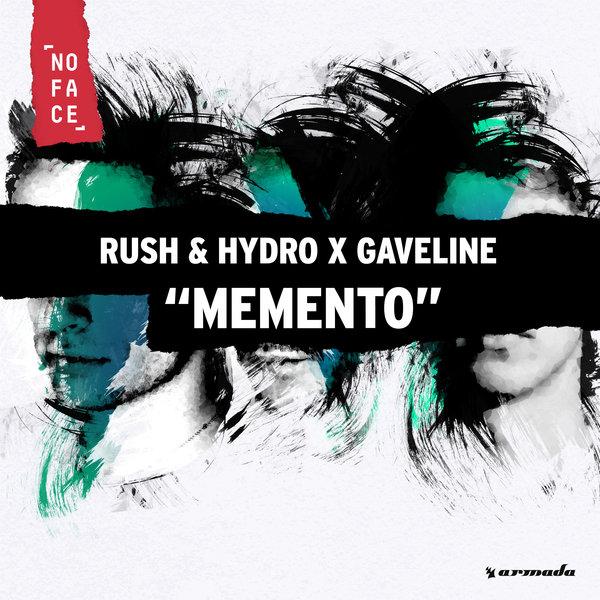 [vc_row][vc_column][vc_column_text]Max Vangeli’s imprint NoFace is back welcoming the newcomers Rush & Hydro and Gaveline with “Memento.”

Rush & Hydro is not just a name, it’s a fantasy union, a continuous interweaving of the deepest and most authentic emotions that allow music to express itself by giving the utmost of its energy to its listener. The metaphor that hides the mystery of their underground sounds has been shared and appreciated by artists of a fascinating sequel including David Guetta, R3hab, Sander Van Doorn, Third Party, Swanky Tunes and tons more. The Italian duo is not new to the groove screen thanks to their releases on Arcadia, Malavida, 2-Dutch, Showland, TMPL and more.

Gaveline is one of the most promising teens in the EDM scene. Coming straight from the capital of Italy, at the age of just seventeen he has already gained support from enormous artists like David Guetta, Armin van Buuren just to name a few and recently he has been the official remixer for Max Vangeli x Danny Ray’s latest banger “Made For Lovin’ You”, which sit for almost a month in the Beatport Big Room Top 100, charting at the 41 position.

As told before, if Gaveline is not new to NoFace, for Rush & hydro is the debuts on Max Vangeli’s imprint. Merciless in an underground club setting, “Memento” truly brings something else to the table. Dark, deep, dirty and truly delicious set an interesting new view for the future records on the groove scene. The track is for sure something fresh and unique that you do not hear every day.