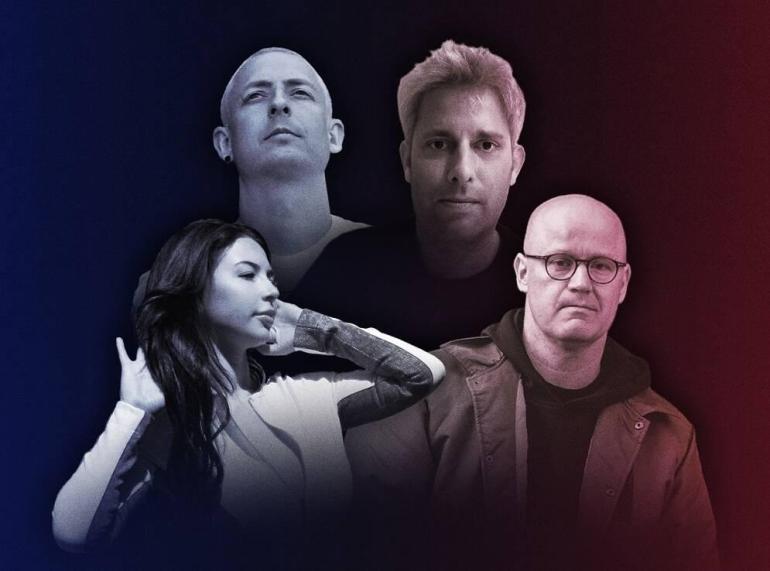 Kicking off with a cinematic long melody, the tune rapidly introduces a wobbling and groovy bassline as the base for the stunning Anne’s vocal. The feeling-good main theme and the rumbling percussions, perfectly matched with the house-driven plucked and stripped the main theme make You On Red a true gem. Perfect to kick off the night or simply for some relaxing time, the tune adapts for every occasion.

Simon Field is an award-winning producer and songwriter based in Oslo, Norway, who has developed a distinct sound using only analog gear. His releases on Perfect Havoc include ‘Is It Real?’ with Tobtok & Oliver Nelson feat. Salena Mastronnani (8 million streams), ‘Shake The Tree’ (18 million streams), and ‘Wildfire’ feat. Andreya Triana (3.6 million streams).

Champions of Field’s sound has been sampled by DJ A-listers Tisto, Hardwell, David Guetta, and Benny Benassi, and his music has been featured on the big screen and television in the Academy Award-nominated film Passengers, as well as the Netflix series Elite. Field is a constant force in creating original and modern sounds, with 80 million global streams to his name and the curator behind the Ibiza Deep House playlist on Spotify, which has over 500,000 fans.

Adam Griffin, co-founder, and producer of Perfect Havoc is producing alongside Field. Griffin has steered Perfect Havoc into one of the most in-demand independent labels around, with platinum-certified releases and over three billion global streams, thanks to his collaboration with Robert Davies. ‘The Sting’ and ‘The Stand Off’ (BBC Radio 1 Future Anthem) are two of his infectious house tracks, as is ‘Don’t Over Think It,’ which he produced with house legend Todd Terry.


James Hurr, a rising star, is also in the lineup. His production and mixing credits read like a who’s who of the UK’s most well-known dance artists. Hurr is responsible for Mark Knight’s ‘Yebisah’ and Prok & Fitch’s ‘Wow,’ as well as a slew of other tracks, collaborations, and remixes with Michael Gray and Frederick & Kusse, to name a few. Hurr was “on fire,” according to Mark Knight of Toolroom Record, and he wasn’t wrong. Hurr’s Perfect Havoc debut, ‘Jump In,’ featuring legendary DJ Michael Gray, was so well received that it was played on BBC Radio 1’s Party Anthems for eight weeks in a row.

Fred Again drops new single ‘Kammy (like i do)’

Aya Anne provides the luscious vocals on ‘You On Red.’ The 22-year-old from West Sussex, who is signed to Perfect Havoc Management, first appeared on the label as a feature with Pink Panda on ‘Only Love.’ Her song writing skills take ‘You In Red’ down the narrative of leaving your lover on the dancefloor both literally and figuratively. Aya Anne contributes an emotive and refined quality to the track, which she co-produces with Field, Griffin, and Hurr.

From its trademark crossover dance sounds to tech house and afrobeat house, Perfect Havoc’s output has shown an extra level of creativity so far this year. Having given rise to six UK Top 20 singles including the No.1 single ‘Head & Heart’ by four-time Brit Award-nominated producer Joel Corry and MNEK, the question begs: where will the label head next?

Perfect Havoc is set to serve up a ton of new accessible and underground house sounds from both breaking and established talent in 2022, thanks to a talent-packed schedule that includes releases from Just Kiddin, PS1, Wankelmut, Tobtok, and Freejak.