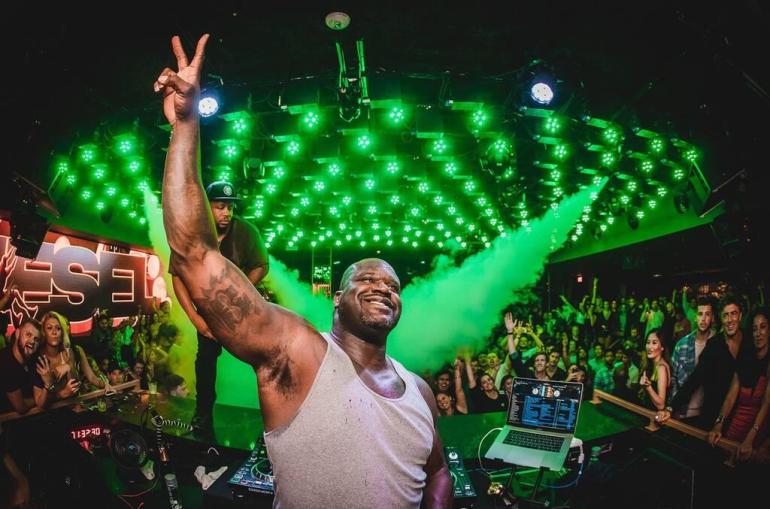 A Lot of Star Athletes Are EDM Fans but, which ones?

When we think of star athletes and their connections to music, we tend to turn to rock and hip-hop first. Rock has long been used as “pump-up” music and is still commonly blasted in sports arenas. Some sports and leagues have come to use hip-hop in similar ways over the years, and in some cases, we’ve even seen athletes get into the rap game themselves. The NBA’s Damian Lillard — an all-star caliber player — has earned praise from the likes of Lil Wayne, and according to Bleacher Report released a third official rap album in 2019.

While rock and hip-hop have deep and visible ties to major sports though, it’s becoming increasingly clear that EDM has caught on as well. We might not hear it quite as often in sports arenas (though it’s not entirely uncommon). And we may not know of any Lillard-level athletes who have made side careers in electronic music themselves. But we do know of a lot of star athletes who have let their personal interest in the genre be known.

We might not know of athletes who have quite gone as far as Damian Lillard in EDM. But Usain Bolt — the fastest runner in the history of mankind — actually does enjoy electronic music enough to have put on some performances of his own over the years. It’s nothing official, but Bolt is known to hop on a DJ table every now and then, and clearly has a ton of fun with it. It’s safe to assume that if we could get a look at his Spotify library, it would be filled with EDM.

Jason Kipnis is a professional baseball player who has spent much of his career in a starring role with the Cleveland Indians. And while he’s never made a point of developing a massive public persona off the field, it has become clear over the years that he’s an EDM fan. This is in part because Kipnis spoke up when tributes to the late Avicii were rolling in from celebrities of all kinds a few years ago. But it’s also because he’s used “Satisfaction (RL Grime Remix) from Benny Benassi Presents The Biz in games before. It’s common for MLB players to choose their own “walk-up songs” for stadiums to play while the players walk up to the plate to hit. Kipnis’s choice indicates a clear personal appreciation for electronic music.

Shaq may be long retired from his dominant career in the NBA. But he may still be the most prominent athlete to support EDM. In fact, it’s hard to know where to start regarding both his love for the genre and his participation in it. But suffice it to say Shaq has helped to perform sets and even danced and moshed with the crowds at events like Tomorrowland and Ultra. He’s a legitimate enthusiast.

Michael Phelps is retired too, having left the pool as the most decorated Olympic athlete in history. That said, he’s remained a fairly prominent public figure. This is partly thanks to what almost seems to be a side profession of high-stakes poker. Phelps has been around the game for years, and a Poker.org article on athletes who share this interest notes that he’s become a “fixture” at World Series of Poker events. We also continue to see the record-breaking swimmer through his partnership with the meditation company Headspace. But perhaps in time, we’ll see Phelps re-emerge on the EDM scene as well (a la Shaq). In the past, Phelps has revealed that his pre-race playlists included tracks by Steve Aoki and “Promises” by Nero & Skrillex. If they helped him to win all those gold medals, it’s safe to say there’s a lot of interest.

Finally, we have Rob Gronkowski, who’s probably the least surprising inclusion on this list. Gronkowski is the wild child of modern American sports, and if you don’t buy that, just check out the NESN Super Bowl celebration article recounting his call for quarterback Tom Brady to toss the Lombardi Trophy from the boat to boat across open water. The guy is pure fun, and it appears that this extends to his taste in music. “Gronk” has been seen at the tables with Steve Aoki, hired Diplo for his own show, and maybe most notably danced to “Stay” by Zedd at the Staples Center. Like Shaq, he’s a full-fledged EDM enthusiast.