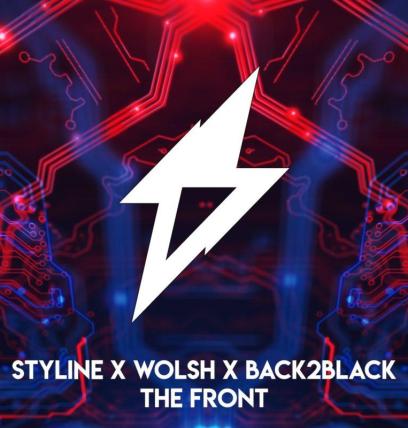 Another banger on Styline‘s imprint The Power House has seen the light last Friday; It’s called ‘The Front’ and it’s a collaboration between Styline and Wolsh, Back2Black.

Since the first play, you will be immediately caught by the super-fast and hypnotic bassline that will not stop you from dancing; the breakdown features also trap-style vibes that seem to go very well in the last period. This collab is a pure banger and that’s another clear example that Styline and The Power House won’t do not want to slow down.

“The Front” was a great, true collaboration! The first sketch was sent to me by Back2Black who came up with this awesome starting point around the vocal and I immediately felt like it was something I wanted to work on. I worked on it for a good bit, but we felt like it needed some more variety and for that reason I felt Wolsh’s sound would be the right fit so we sent the project over to him and he came up with a really cool trap breakdown which we then picked back up and reworked to perfection! – Styline

The record has received a massive support worldwide from both fans and DJs: it has been played by Promise Land, Nicky Romero and more.

The Power House drops a massive collaboration between label boss’ Styline and Wolsh and Back2Black called ‘The Front’.

Despite the different sound that the components of the collaboration are used to produce, ‘The Front’ is an exciting festival banger.


While we do have different sounds, we think in similar styles, and the point of this track was to make the most of that. Nowadays everyone is looking for new sounds and I can’t see a better way to innovate then with a collaboration like “The Front.” – Wolsh

To work with artists such as Styline and Wolsh was a big pleasure for me. Personally,

I have a club/dark vision of house music, Styline has a more classic/tech one, and Wolsh is a Brazilian bass monster – what a mix!! – Back2Black

Styline, Wolsh and Back2Black ‘The Front’ is currently available for the stream and download on every music platform worldwide. Check below for the stream.