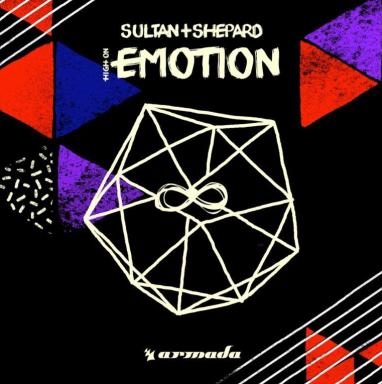 Veteran duo Sultan + Shepard released their new track ‘High On Emotion’ via Armin van Buuren‘s label ‘Armada Music on 24th August. They take it back to the style of the 80s with this new record creating a modern culture which is suitable for club-friendly environments.

A quintessential Sultan + Shepard track in terms of flow, catchiness & versatility, this is undoubtedly an infectious track that’ll be stuck on your mind and you’ll keep singing along. The original vocal sample is taken from Chris De Burgh’s ‘High On Emotion’ where the duo has channeled their inner groove skills in the production.

Sultan + Shepard give their groovy touch to 80s hit “High On Motion”.

This is the second track from their upcoming album which is all set to launch in January 2019; the first release was named ‘Louder’ and it was filled with a harmonious vocal duet as well as clubby rhythms. These guys have collaborated with a wide range of top-notch artists including Tiesto, Ed Sheeran, Fedde Le Grand. They’ve established themselves as one of dance music’s premier partnerships and their productions have managed to rock every nook and cranny of the whole EDM scene.

Tube & Berger team up with Armaja for ‘Ice Cold’

Dutch star Armin van Buuren’s imprint Armada Music was named ‘Best International Label’ in 2018 at the Promo Only Summer Sessions 2018. The label has produced many anthems over the past few decades which are highly supported by big artists at festivals like Tomorrowland, Ultra Music Festival, Amsterdam Dance Event. Their music has dominated the club scenes as well and they have a total of 1.4 million followers on their playlists.

Listen to the track below and enjoy yourselves! Keep an eye out for these guys because a lot of new music is coming towards you.[/vc_column_text][TS_VCSC_Soundcloud url=”https://soundcloud.com/sultanshepard/sultan-shepard-high-on-emotion” color=”#1e73be”][/vc_column][/vc_row]