The Sound of Hardwell: a decade on top of the dance music scene

Retrace Hardwell's most important products as well as all those records that you may not know. 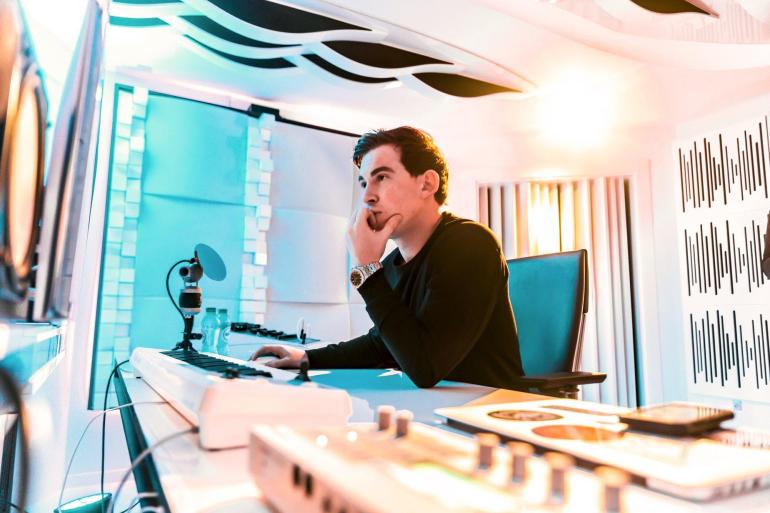 Hardwell, a name who has become legendary in the dance music industry. More than a decade in the dance music industry Robbert van de Corput has surely left his mark over the past year. 2019 is almost over and with it, a whole decade is coming to an end. In this article, we would like to retrace Hardwell’s most important products as well as all those records that you may not know.

We’re back in 2008, a 20-year Hardwell drops its first-ever release; it’s called Mrkrstft and, besides the original, it includes a minimal remix by Hardwell himself as well as by Franky Rizardo and Afrojack. That was the time of the minimal techy house, where clean plucked melody and simple percussive loop were the beating heart of the tunes. One year later, Enigma came out, another super clean minimal house tune that, honestly, it sounds amazing even in 2019. In the same year, Robbert composed the official Dance Valley Anthem. Again, a simple and clean top plucked melody with a rolling percussive rhythm; that was the time of the first EDM rising where everything was labeled as house music and mainstream and the big room wasn’t a thing yet.

The launch of Revealed

In 2010 Hardwell presents his own imprint, Revealed. It was one of the first record label launched by a DJ that propose a slightly different sound from the house music of the time. Get Down Girl was the first release of the label; it includes also a remix by Nicky Romero. Again, the records were all very basic and clean but, you can already listen to the first attempt to bring a “bigger” and “wider” sound. If you pay attention, especially on Romero’s remix, you can hear that top synth that plays only a couple of notes. The same kind of synth will be used as a main theme for the future big room records.

2010 has been the year of a change in Hardwell; his releases got enriched by new sounds that weren’t used at the time. You can feel these new vibes on Molotov, with the energetic build-up and a very fresh and original drop.

At the time Hardwell was in strict contact with Franky Rizardo in the studio as, a lot of releases and remix saw their two names on them. Rizardo dropped his own version of Molotov and paired with Robbert for Asteroid. The track, in our opinion, was the very first tune where you can hear in full effect Hardwell’s signature sound which would than exploded in the following years.


From house music to bigroom

2011 has been an incredible year for Mr. van de Corput with the release of one of the iconic electronic dance music tunes of the decade. Zero 76 with Tiesto was an instant success, thanks also to the top synth, a new sound for the time. The collaboration with Tiesto was rapidly followed by another Hardwell’s iconic tune: Encoded. The record takes the baseline from Zero 76 adding a wide synth and Hardwell’s iconic plucked signature sound.

In 2012 the first collaboration with his buddy Dannic; Kontiki has been an evolution of that big room sound that was born during the past years. 2012 was also the year of Hardwell’s explosion as an artist thanks to Spaceman. A lot of people now say that the record was the real turning point of electronic dance music and the beginning of the big room era. For sure has been an important step for both Hardwell and the scene in general. Spaceman could be surely classified as one of those tracks that have shaped the decade.

From that point, Hardwell’s carrier has been a success after another; worth notice his 2013 release Three Triangles (Losing My Religion) and Blackout in 2016.

Currently, Hardwell is enjoying his retirement from touring, spending his time with family, friends as well as producing music. In 2019 he releases eight tunes on his imprint Revealed and, who knows if the new decade will see Robbert behind the decks.