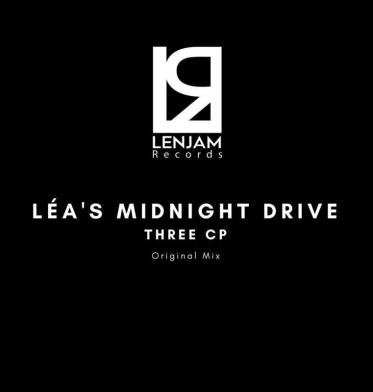 Starting with a very deep percussive loop, the tracks evolve thanks to the introduction of a super heavy and electronic synth driven by a fast, mysterious and hypnotic percussive rhythm. The breakdown opens open with huge and dark piano melodies that rapidly increase their power thanks to the progression of the bassline. The second drop explodes in all its majestic with heavy percussions and monumental melodies. The record has a lot of point in common with latest Pryda releases.

Besides being a great producer, Three CP own Lenjam Records where ‘Léa’s Midnight Drive’ has been released. His productions buzz around between deep-house and techno and only with this latest release he has explored the world of the progressive-dark house.

Three CP ‘Léa’s Midnight Drive’ is currently out now on Lenjam Records; you can easily stream the track below or buy a copy of it via Beatport.[/vc_column_text][TS_VCSC_Soundcloud url=”https://soundcloud.com/lenjam/three-cp-leas-midnight-drive” color=”#1e73be”][/vc_column][/vc_row]