Ultra Music Festival Miami UMF 2022 lineup is packed with top-tier artists but who are the ones you can't miss? 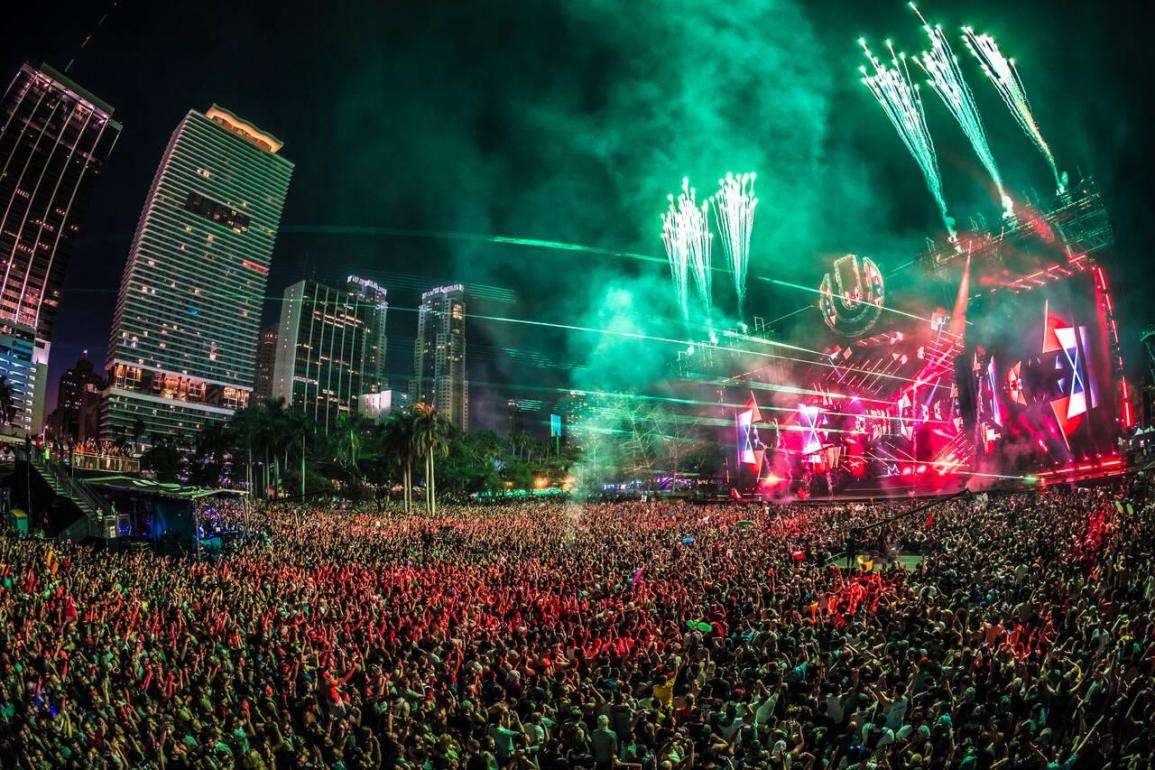 With Ultra Music Festival Miami 2022 in about a month, the full lineup for this year’s edition has been revealed. More than 150 artists during the 3-day weekend over 6 stages. Ultra Miami offers one of the most varied dance music lineups but the choice of who to hear during the festival could be difficult. This year UMF Miami will return at the historic location of Bayfront Park. No matter if you love big room or techno, these are the 10 artists you can’t miss during Ultra Music Festival Miami 2022 (alphabetic order). Don’t forget to get your ticket as soon as possible as they’re going to sold out.

All the way from Brazil but now based in Barcelona, ANNA is one of those artists that has grown up in (literally) the club culture. Starting from her father’s club in Brazil, she’s one of the most in-demand techno artists of the scene. Having released on basically every high-tier techno label, from Drumcode to Afterlife, her sound spaces from hard-hitting hypnotic techno to romantic, mysterious, and cinematic soundscapes. Iconic has been her 100% vinyl DJ set for Cercle, streamed live with over 3.5 M views on YouTube alone. ANNA will play at the RESISTANCE stage on Saturday the 26th.

Directly from one of the most beautiful cities in the world, Napoli, and Siberian-born, Anfisa Letyago is on the road to becoming a global phenomenon. Personally cited by Carl Cox as one of the freshest underground music artists out there, Anfisa Letyago has developed a unique techno sound. Fast and non-stop percussive rhythm packed with acid melodies and obscure harmonies, her distinctive music taste has conquered the most important stages around the world. She has recently played a special DJ set for Cercle in Malta and she’s set to play during EDC Mexico, Factory 93, and Terminal V. On the 8th of April, she will also perform side by side with Joris Voorn and Patrick Topping. Anfisa Letyago will open up the RESISTANCE stage on Friday so, be sure to come early.

A fixed presence at Ultra Music Festival Miami, Armin Van Buuren needs no introduction. This time, however, he will not be alone behind the decks. Armin Van Buuren will play a special b2b set together with Reinier Zonneveld on his ASOT stage on Friday. The set is just before his solo performance for Friday’s closing of the Ultra Worldwide stage. The b2b will mix together the iconic Van Buuren’s trance sounds with the unmistakable Zonneveld’s fast techno beats. This b2b will be an interesting combination of sounds and musical vision you can’t miss.

This might be an unconventional name but we assure you it’s worth it. Born in Puglia, Giorgia Angiuli is a classically trained musician, composer, and multi-instrumentalist. Giorgia Angiuli’s solo project straddles the lines between pop, techno, and house. Her voice creates a dreamy dimension that is heightened by the use of unique toy instruments. During her set, she uses keyboards, a drum pad, and a theremin, as well as toy flutes, saxes, trumpets, and a variety of other toys. She creates a vibrating and energetic groove by combining all of these samples and loops, setting the dance floor on fire. She’s set to play at the RESISTANCE stage on Saturday.

An artist who needs no introduction. Having brought deep and tropical house music to the global scene, Kygo is the master of these music genres. In 2016 he performed during the Rios Olympics closing ceremony and he’s an abituè on the mainstages of the biggest festivals in the world. This year he also launched his own music festival experience called Kygo: Cabo edition. His incredible talent behind the piano and the skill in the studio mixing together electronic and classic music makes Kygo the best in the game. For the first time, Kygo will close the first day of UMF Miami 2022 so, don’t forget to head over the mainstage on Friday.

Having released his second studio album in 2019, Hugo Leclercq a.k.a. Madeon, become a worldwide phenomenon in 2011 thanks to his legendary 39 hits live sampled Pop Culture mashup. From there, his career has been a succession of successes. Good Faith marked a new dazzling new era for Madeon. The album’s songs are the type of pop songs that, in the hands of any other artist, would have necessitated the collaboration of a team of writers and producers. Madeon, of course, was the one who wrote and produced them, alone. A polyhedric artist you can’t miss on the LIVE stage on Saturday.

A long time The Groove Cartel friend, Matt Nash has evolved his sounds around 2020 projecting himself into the future of electronic music. His distinctive musical style and recognizable visuals have brought his name to the next level releasing in 2021 his acclaimed first studio album. Not only the music, but his whole visual appearance in the music industry is pure art; perfectly crafted cover art and futuristic videos have brought Matt Nash to cement his position in the dance music panorama. He’s set to play the UMF Radio stage during STMPD’s showcase.

One of the most popular drum’n’bass acts of this century, Pendulum makes their return to Ultra Miami 2022. After becoming a worldwide phenomenon with The Island, they come back in 2018, after 7 years of hiatus. In 2021 they released a 4-track EP called Elemental, amassing over 25 M streams on Spotify alone. In 2016 the band returned on the mainstage of Ultra Music Festival despite the announcement of not having plans of releasing new music. Make sure to catch them closing the LIVE Stage on Friday.

Last but not least, the most in-demand duo in the electronic music industry. Having brought Afterlife, their music imprint and party series, to the next level, Tale Of Us are ready to take over RESISTANCE on Saturday. Mesmerizing soundscapes and lush rhythms designed for the senses are the key elements of the duo’s music. Tale Of Us will bring you through a journey you won’t forget made by romantic harmonies, intimidating beats, and relaxing melodies. Even if you’re not a fan of techno music, Tale Of Us is one of that few acts you need to experience at least once in a lifetime, to hear and feel the unique vibrations the duo delivers during their performances.