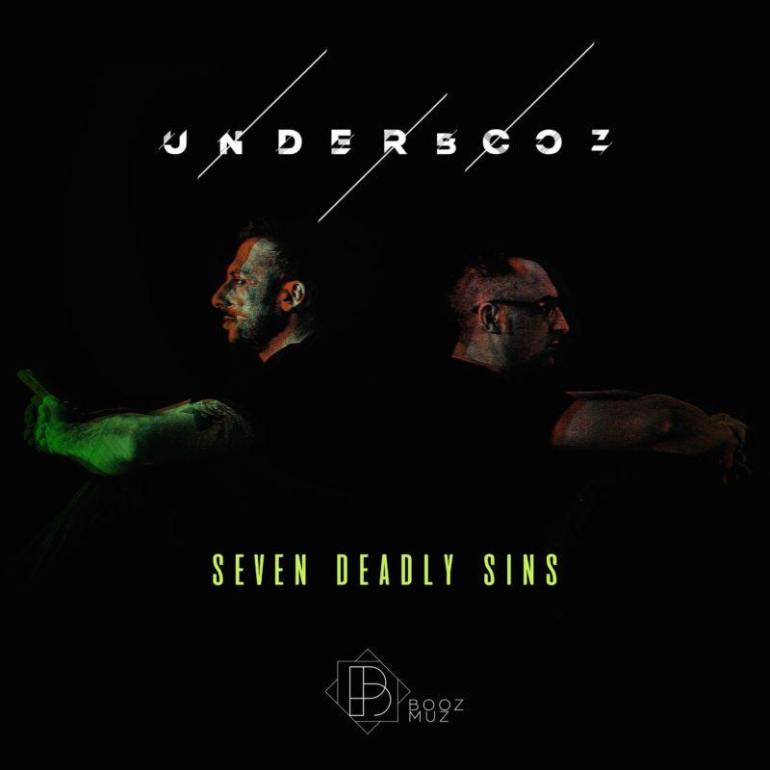 Almost 20 years have passed since Xavi and Gabi collaborated together producing in the studio. After pursuing their solo careers they reunite to present their new project under the label UNDERBOOZ. Originating from a base of new wave techno with a notable influence of trance, whilst equally exploiting melodies and harmonies highlighting a progressive trend in their productions without overlooking a majestic treatment of voices. All of this sensually mixed and influenced by the sounds of the 90’s.

The two guys are back together in full force with a seven tracks digging deep album. For techno lovers, this album will be a gold mine. Opening up with Pride, a really strong techno record which features a dark vocal and heavy baseline, the album is an injection of energy. Seven Deadly Sins continues with Envy, Gluttony, Lust, Anger, Greed, and Sloth creating an outstanding and magic succession of techno and groovy sounds.

Despite our remote situation in the techno world, we have enjoyed from the first to the last record of the album and we suggest to have a listen because it deserves a lot.