Part of VAPA’s upcoming EP Mental, duo to release the 11th of June, 2021, the French DJ and producer presented his second single extracted from the EP, called Nachtigall.

Nightingale is the translation of the track’s title, Nachtigall, and it’s VAPA’s tribute to the beloved eponymous Cologne-based club. The raw sound is so evocative of the club scene that it feels like it originated in Germany. For clubs with sweaty walls like this one, it brings lightning-in-a-bottle energy.

In the deep groove of the track, it’s easy to pick up on VAPA’s love for melodic techno music. The result is a powerful, weightless throb: this is a progressive-style banger driven entirely by synth melodies that cycle. The song finds its emotional anchor around 3 minutes in. Dreams and power pervade the track, which is buoyed by squelching melodies that flutter and pop. It’s the sound of someone reaching the end of their logical reasoning and releasing 4 minutes of pure emotion. His sound is fundamentally peaceful, even at its most extreme. What was once impenetrable becomes a room where you can live.

VAPA draws partygoers to a familiar gathering spot with groovy and powerful drums, synth cascades, nightlife patterns, and a melodic techno touch. Dance feeling, pleasure, freedom, love, and respect in the background. It’s all about coming together, sweating together, and remembering why we do what we do. Nachtigall is a piece of electronic music that has been painstakingly crafted. The BPM is 124, and the groove is omnipresent; you’ll definitely feel it in your hips.

Nachtigall transports VAPA to a place he’s never been before by conjuring up his nightlife in Germany. 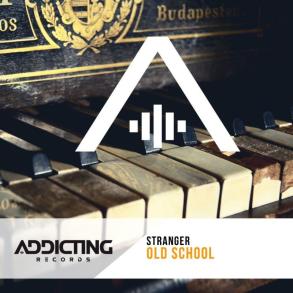 Stranger is back with the ‘Old School’ groove