[vc_row][vc_column][vc_column_text]Australia’s What So Not has revealed the third single “Beautiful” extracted from his upcoming album “Not All The Beautiful Things” coming out the 9th of March via Counter Records.

Having established himself as one of the world’s most revered electronic acts, it’s hard to believe that What So Not hasn’t yet released an album. He is the man behind hits as “High You Are” (50 million-plus streams), “Waiting” (with Skrillex and RL Grime), and another infinite list of releases. Last year What So Not released “Be Ok Again,” writing and performing the vocals himself for the first time. The song has garnered 2.8 million collective streams and was one of the most played songs on Australia’s Triple J throughout the summer.

What So Not unveils the third single “Beautiful” extracted from his upcoming album “Not All The Beautiful Things” coming out the 9th of March via Counter Records.

Now, March 2018, the time has arrived for What So Not debuts album. It is titled “Not All The Beautiful Things” and it contains 12 records from singles to collaboration with very respected producers as San Holo, Dyro, Skrillex to name a few. As told before, the album will come out in a week but, he has already released three tunes extracted from the album: “Be Ok Again” which is a chill-trap tune that has hit almost 2M streams on Spotify, “Stuck in Orbit,” a super relaxing tune featuring the wonderful voice of BUOY and the last one, released the last 26th of February called “Beautiful.”

What So Not explains to us the record:

‘Beautiful’ enters delicately with Winona’s internal dialog. There’s a sense of optimism, anxiousness & longing, but also an undertone of sadness. All reinforced with the incredible duality along her vocal range. It’s always intrigued me how this song evokes such a feeling of freedom & open space yet the protagonist sounds quite troubled. I think the hypnotic & intoxicating energy of the production also adds to this perplexity. We put this together in the jungle of Nicaragua which definitely had a sizeable impact on the sound pallet but one of my favorite things has to be how ‘Robert Plant’ Ryan McMahon (Captain Cuts) managed to propel his vocal adlib.

“Not All the Beautiful Things” is more than an album. It’s a fully realized artistic statement in which What So Not is in full control of every aspect, from the stage design and visuals to the music videos and merchandise. 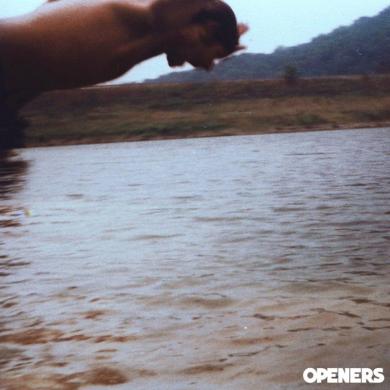 AMTRAC returns with ‘Just’ on his imprint Openers