People, music and stages are the key elements that will make sure you'll spend the best time of your life at RESISTANCE Ultra Miami 2022 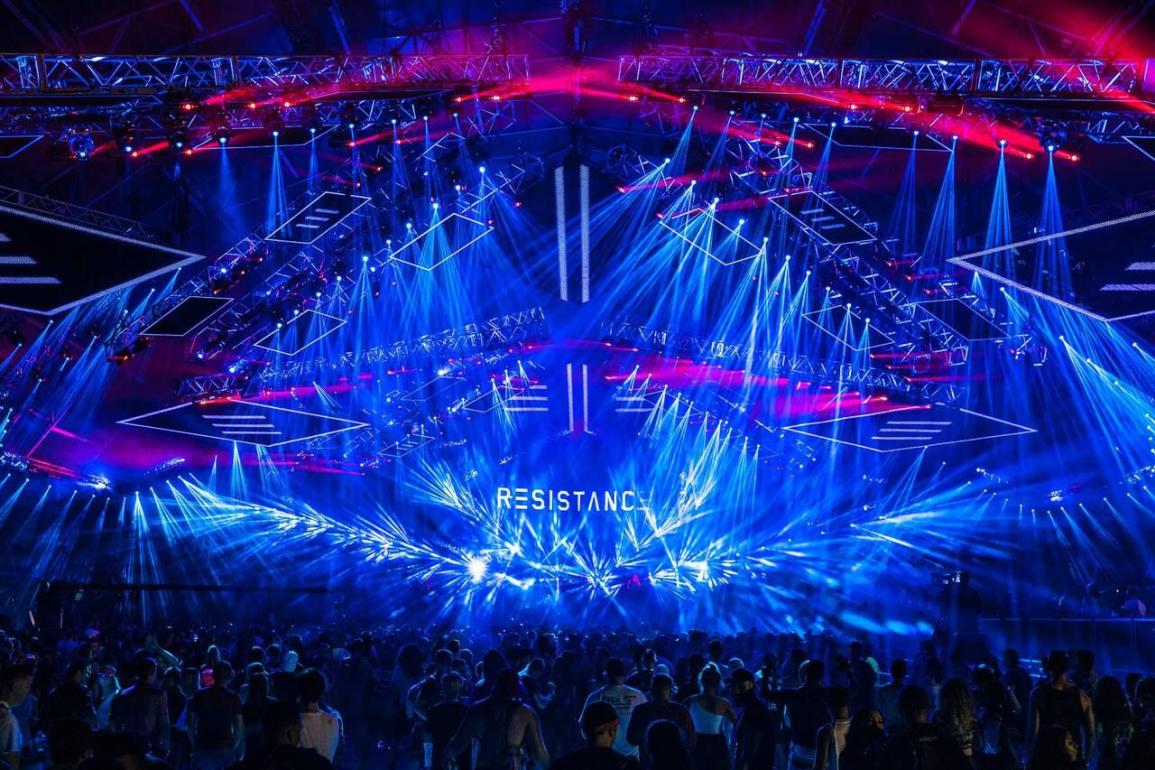 When people think about the Ultra Music Festival, the first thing it comes to mind is the massive main stage at Bayfront Park and the world-renewed acts that will play on it. Sometimes we forget about one of the things that make the Ultra Music Festival unique: RESISTANCE. Launched in 2015 as a new area of the festival focused on underground music, RESISTANCE has later become a lighthouse for house and techno fans.

The first edition at Ultra Miami featured a brand new stage: a 360-degree stage installation known as “Afterburner“, designed by the British collective Arcadia Spectacular. During subsequent editions, the brand grew becoming a festival inside the festival in 2019. With Ultra Miami temporarily moved to Virginia Key, RESISTANCE launched the island, a brand new area with four stages. Now RESISTANCE is hosting stages all around the world with the best underground music acts on the lineup.

For Ultra Music Festival Miami 2022, RESISTANCE will be back at Bayfront Park and you must spend some time there, even if you’re not into techno.

There are various reasons why RESISTANCE is a part of the Ultra Music Festival you must check while there.

We have been to quite a few RESISTANCE both in Miami and Europe and for some reason, the people behave differently from the main stage and the main area. It may be the different context or the music, but we have noticed that people are way more relaxed, kind, and overall they are there to enjoy the music and dancing and not really to push into the front row. Even if the megastructure (what we can consider the main stage of RESISTANCE) dancefloor is smaller compared to the one at mainstage, we have also had space to dance and enjoy the moment without being crushed with each other. Overall there is more space to go around and people are keen to make you move, something not taken for granted as everyone at the mainstage is trying to get as close as possible.

Yes, it might seem counterintuitive as, why I should be there for the music if I’m not into it? The simple answer is because you don’t know what to expect. Despite the artists playing at the main stage who usually play two, three max new songs, most of the artists at the RESISTANCE are used to play new music and experimenting. For instance, in 2019 Tale Of Us played no more than 4 already released songs; everything else was brand new. Another important fact is that musical genres vary a lot from artist to artist. You may find on the lineup an artist playing only hose music followed by someone who is known for dropping hard techno all night long. RESISTANCE has this aura of mystery when it comes to the music you’re going to listen to, which is pretty exciting.

If you’re a fan of stages’ structure as we are, you’ll love the eclectic stage design at RESISTANCE. From 2015 to 2017 the Afterburner was the only 360° stage at Ultra Miami. In 2019 with the RESISTANCE Island, two brand new stages were installed. Enclosed by a circle of palm trees and built like an oasis in the desert, the Arrival stage has been a unique experience for Ultra Music Festival 2019. We must not forget the Megastructure, the historic mainstage of RESISTANCE. With its massive structure and the hanging and moving led wall on the roof, it is probably the most advanced stage at Ultra Miami.

Summing together good people, mysterious and exciting new music, and astonishing stage designs, you’ll find all the reasons why you should have a look at RESISTANCE even if you’re not into techno or underground music. This year’s lineup also includes an incredible variety of artists (8+1 you can’t miss) that will make sure you’ll spend the best time of your life at Ultra Miami 2022 and RESISTANCE. Few tickets are still available via the Ultra Music Festival website. Hurry up or it will be too late.