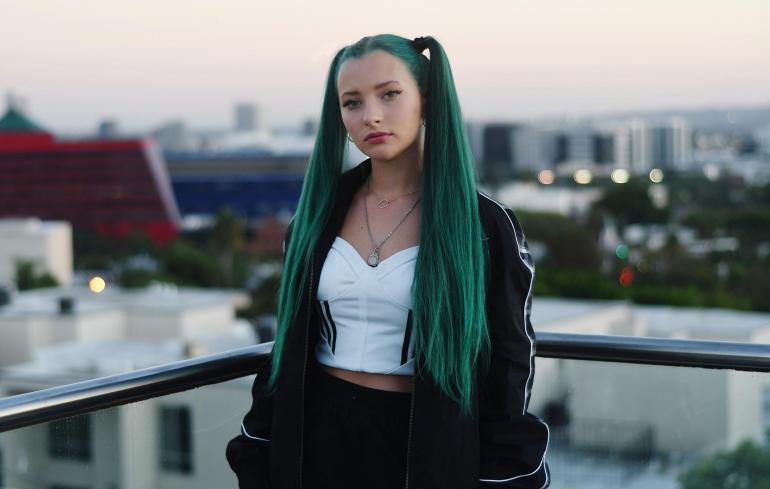 Written at the height of the COVID Pandemic when both parties were stuck at their home in Antigua, ‘Golden Hour‘ aims to bring positivity into people’s lives, with York’s pristine trance-influenced production meshing perfectly with Au/Ra’s emotive delivery as she encourages the listener to not give up and keep holding on. It’s a powerful anthem from the duo, who shine brightly on this one-of-a-kind single together.

In the first lockdown, we were staying together in our house in Antigua. Jamie just came back from London and we were stuck in the house due to curfews. Everything was closed and there wasn’t much to do so we had the idea to make a positive song, because everyone was scared, to remind people that better times will come. This is when ‘Golden Hour’ was born… – York

York began as a duo of German brothers, Torsten and Jörg, who made a name for themselves in the late 1990s and early 2000s with their unique brand of organic trance/electronica that drew a worldwide audience. Torsten took over the York project after moving to Antigua in 2007, and continued to release prolifically throughout the 2010s and into the 2020s. One of York’s first hit singles, ‘O.T.B. (On The Beach)’, has recently gone through a resurgence thanks to a remix from Kryder which hit the number one spot on the Beatport Progressive House chart.

We were all stuck together for so long, it felt so right to make something uplifting. This song is the first one where we’re all singing together, it’s so so special to us and I really hope it brings some light into your day. – Au/Ra

Au/Ra, who was born in Ibiza to German parents and raised in Antigua, has created a unique and powerfully emotive world filled with innovative original songs that explore humanity’s dark side through strong melodies, evocative songwriting, and transcendent production. Au/Ra’s astute, honest, and exhilarating songwriting, as well as her genuine and relatable storytelling, are ingrained in everything she does creatively and has helped her grow into the global artist she is today. Every track and video has a distinct plot, from concept to fully released song, and she has a creative need to use art to make sense of the world around her. Her music is the embodiment of Gen Z’s hopes and fears, as she is aware that her fans are all going through similar things, whether it’s mental health issues, existentialism, or her generation’s complicated relationship with social media.

What better song to lead you into the new period than ‘Golden Hour‘ as our time in lockdown draws to a close for people all over the world? Stream and download here via Enhanced.