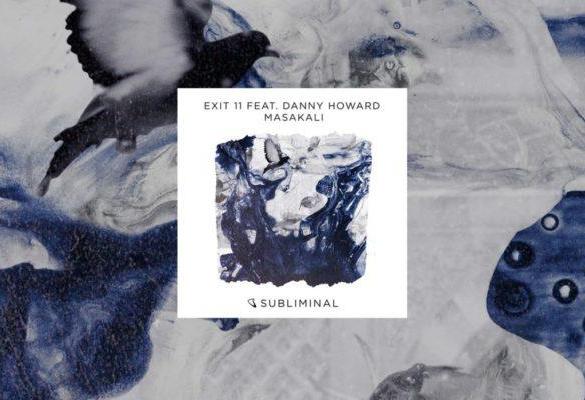 Danny Howard releases ‘Masakali’ under his EXIT 11 alias on Subliminal

One of the most influential radio hosts in the world, BBC Radio 1’s Danny Howard has become famous for being a great music producer too. Transmitting in music his enormous knowledge of the dancefloors, Howard has recently released the successful “You Can Do It Baby” EP on Toolroom; it contains two Tech House belters which are still played hard by the DJs around the world. But Howard is a polyhedric musician, and his latest release on Eric Morillo’s Subliminal Records is proof of that, as “Masakali” focuses on a mix of Progressive and Techy vibes.

Geared toward the darker side of the underground, “Masakali” sees Danny Howard churn out another masterpiece under EXIT 11 moniker. Embroidered with deep grooves, phasing synth drones and a backdrop of delayed arpeggios and dreamy vocals, this track is perfect for the final hours of the night. Danny Howard premiered it last week on his Nothing Else Matters Radio 158. It was followed by Erick Morillo that played it not once, but two consecutive times on his Subliminal Sessions. Last but not least, David Guetta dropped it on his Playlist 441 too.

EXIT 11 – “Masakali” feat. Danny Howard is available now on all platforms at the following link.