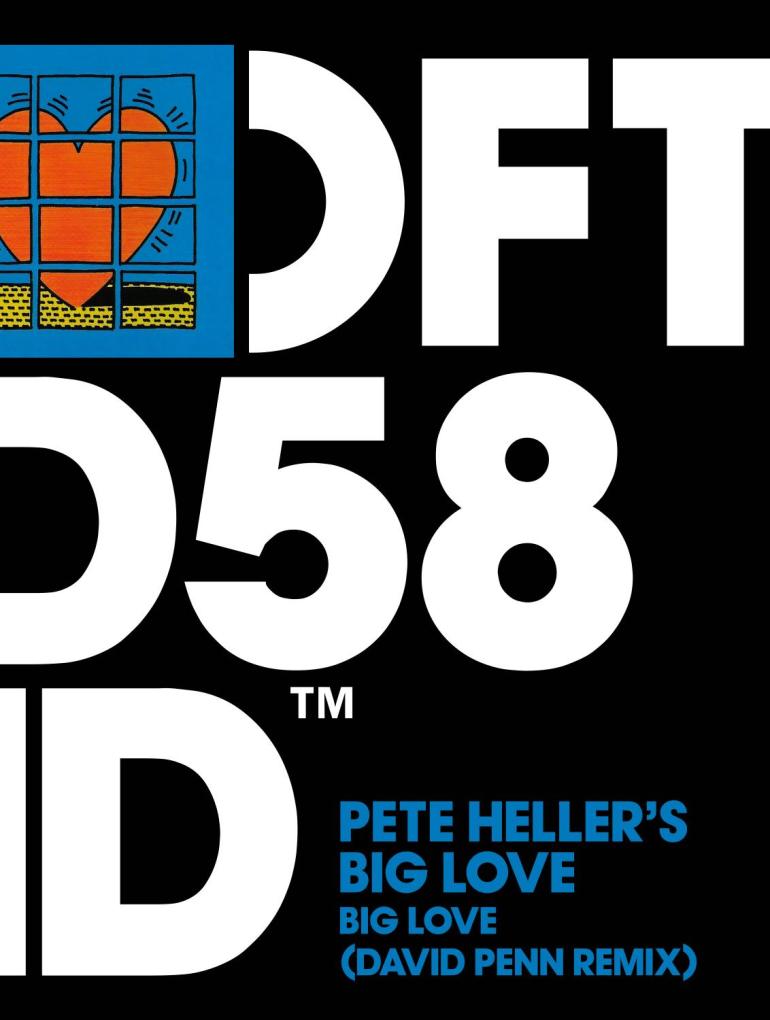 All producers know that remixing a classic is always intimidating. Whether you warp it or keep it very similar to the original, you can be sure that some old ravers who grew up with that specific track will pop up blethering about the untouchability of tracks that made history, and blah blah blah… That said, Pete Heller‘s ‘Big Love’ is definitely a record that can create such debates, but its’ latest rendition, courtesy of David Penn, should be used as an example when it comes to talking about modernizing a track.

Originally released in 1998, this feel-good Disco House anthem is still played nowadays by some of the most appreciated DJs worldwide, as its’ Stargard sample is always granted to have an impact on the crowd.

It’s almost hard to believe that a record with anthem status like Pete Heller’s ‘Big Love’ was created out of a happy accident, but that is exactly how it happened. Left to his own devices as his studio partner Terry Farley left to watch a Chelsea game, Pete Heller was playing around with his Akai sampler when he produced what is arguably one of the most recognizable pieces of dance music of the 1990s. Now, this enduring classic has been remixed by Urbana Records boss and Spanish powerhouse producer David Penn. Modernized for 2019 dancefloors, Penn brings his signature rolling bassline and infectious groove to this club anthem, once again proving the timelessness of ‘Big Love’.

This fresh House cut is available now on all the main platforms via Defected Records.