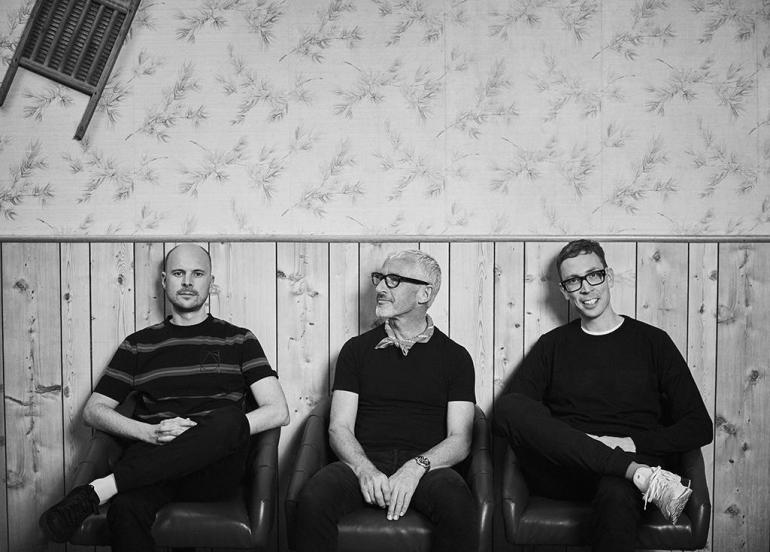 Above & Beyond Press Photo_Credit Amelia Troubridge

Above & Beyond‘s long-awaited collaboration with anamē, ‘Gratitude‘ feat. Marty Longstaff, has been released via Anjunabeats.

This is the debut of anamē, a new alias created by Swedish hitmaker Marcus Schössow (after gardenstate) and production partner Thomas Sagstad. ‘Gratitude‘ also marks the return of Marty Longstaff, the voice of Above & Beyond’s ‘Tightrope‘ and ‘Flying By Candlelight,’ to Anjunabeats.

‘Gratitude,’ which debuted at Above & Beyond’s sold-out London festival at The Drumsheds in 2021, is both a jubilant vocal ballad and a tough dancefloor filler. The significance of this record to Above & Beyond’s devoted fan community was immediately apparent during the group’s winter tour, which sold nearly 70,000 tickets across the United States. It has cemented itself as a future classic for Jono, Tony, and Paavo, standing alongside some of their best-loved anthems like ‘You Got To Go’ and ‘Thing Called Love’.

Brazil, thank you for an incredible night at @LarocClub 🇧🇷
‘Gratitude’ with @anamemusic and @MartyLongstaff is out now on @Anjunabeats.

Marcus Schössow has a lengthy production resume, having worked with all three members of Swedish House Mafia, as well as Bassjackers, and having released on Revealed Records, Spinnin’, SIZE, Armada, and Axtone.

More commonly found performing under the moniker The Lake Poets, Marty Longstaff rose to prominence with the moving acoustic ballad ‘Shipyards’. The song is featured in the opening credits of the Netflix documentary ‘Sunderland ‘Til I Die.’

Above & Beyond has announced a series of major festival events in London, Los Angeles, and The Gorge Amphitheatre in Washington State for 2022. Above & Beyond will perform alongside anam at Group Therapy Weekender in London and Anjunabeats Europe in Poland. For tickets visit aboveandbeyond.nu

‘Gratitude‘ by Above & Beyond and anamē featuring Marty Longstaff is out now on Anjunabeats.