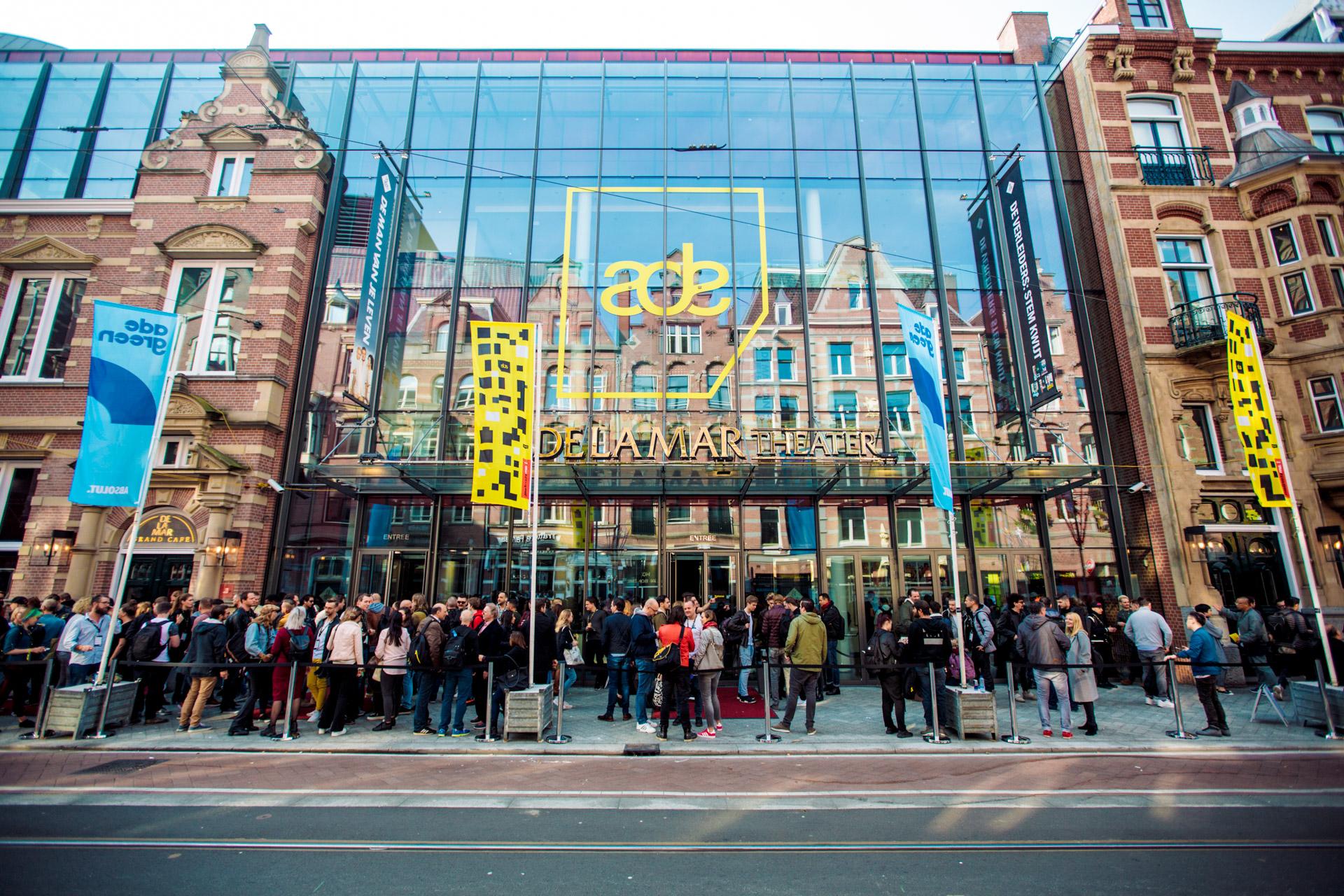 [vc_row][vc_column][vc_column_text]Amsterdam Dance Event is undoubtedly the biggest electronic music conference in the world. Starting as a small reality back in 1995, ADE now attracts more than 400000 in the Dutch capital.

ADE’s festival program covers the whole spectrum of electronic subgenres, with over 2,600 artists performing in 200 of Amsterdam’s finest music and nightlife spaces. In 2017 the festival attracted 395,000 festival visitors from over 90 countries, which makes ADE the world’s biggest club festival.

Despite the incredible parties and events that ADE hosts all around the city of Amsterdam, the festival includes a lot of activity during the mostly free daytime. It features a wealth of dance music-related exhibitions, films, documentaries, DJ showcases, gear master classes, and artist MusicTalks. They all take place across Amsterdam’s five main districts, utilizing historical locations and unique venues across the city.

With 400000 visitors from 90 countries, over 2,600 artists performing in 200 venues and 5 days of festival, Amsterdam Dance Event is the biggest electronic music conference in the world. ADE Conference Highlights for 2018 edition.

Last week ADE announced that the program was complete so we have decided to re-cap the ADE Conference Highlights 2018 in a single and easy accessible article.

Every year Amsterdam Dance Event focus its attention on a country around the world highlighting the music industry orbiting around it. Over the year ADE has highlighted Australia, Belgium, Brazil, China, Columbia, and Mexico.

South Korea is ADE’s 2018 focus country because of it’s dynamic, technically advanced and productive music markets in the world currently. This means a surplus of festival and conference activities are dedicated to.

All you want to know about the nightlife in the city of Seoul and the key music industry players of South Korea will be presented to you with several panel sessions on Thursday afternoon at ADE Guesthouse, as Partner Program at De Balie, a 5 minutes walk from DeLaMar Theater.

Day one kicks of with ADE Pro and ADE Green at the DeLaMar Theater and the return of ADE BeamLab at the Festival Hangout.

Highlighting current and meaningful topics ADE Green includes panels on the effects on mental health from touring, how plastics can be used in a responsible way and music as a driver of positive change in Rave for a Revolution!

The opening keynote speech at ADE Pro will be Yann Pissenem, owner, founder & CEO of The Night League, the company responsible for Ushuaïa, Hï Ibiza and many other successful brands.

Paul van Dyk will also return to give a keynote interview at ADE Pro which will be his first public interview after sustaining serious injuries from falling from the stage at the A State of Trance festival.

Over at ADE University, you can meet the team behind Audio Obscura. After hosting two superb parties underneath the Rijksmuseum, this year at ADE Audio Obscura host nine events over five days.

The second day of ADE’s conference offers the return of ADE Tech for the second year in a row at DeLaMar.

Thursdays Keynote Interview for ADE Pro is with SoundCloud‘s CEO Kerry Trainor who will discuss the vision and future of SoundCloud, the integral role of the electronic and dance community on the platform, and share exciting new developments for DJs, live from the ADE stage.

Lightning in a Bottle announces 2023 lineup for 20th Anniversary

Netsky will be bringing Lost Frequencies on stage for ADE Soundlab turning it into their own makeshift STUDIO XL. There they will dissect the track they made together ‘Here With You’.

Laidback Luke Goes Back to the Future revisiting his early days as a vinyl-only DJ and recounting how tech changed his performances and how that affected his relationship with the crowd.

GRAMMY Award-winning artist David Guetta will make a welcome return to ADE Pro to talk about this life in music. In this intimate conversation, Guetta will be looking back to his earliest days and formative influences as well as revealing what and who inspired him on ‘7’, his latest recording.

ADE University host a panel on The Power of Playlists and Tiga and Kölsch will discuss the pros and cons of starting a label, what they’ve both learned about the joy and pain of being involved with labels over their careers and what labels have to deal with in today’s music industry.

On the final day of the conference, ADE Sound Lab will welcome music and tech adventurist Imogen Heap, who will highlight how innovations such as Distributed Ledger Technology, Artificial Intelligence, and Virtual Reality have the potential to change the lives of music makers.

Don Diablo regarded as one of the founding fathers of the Future House movement, will be welcomed to the Music Talk stage for an extensive chat about his ever-rising career.