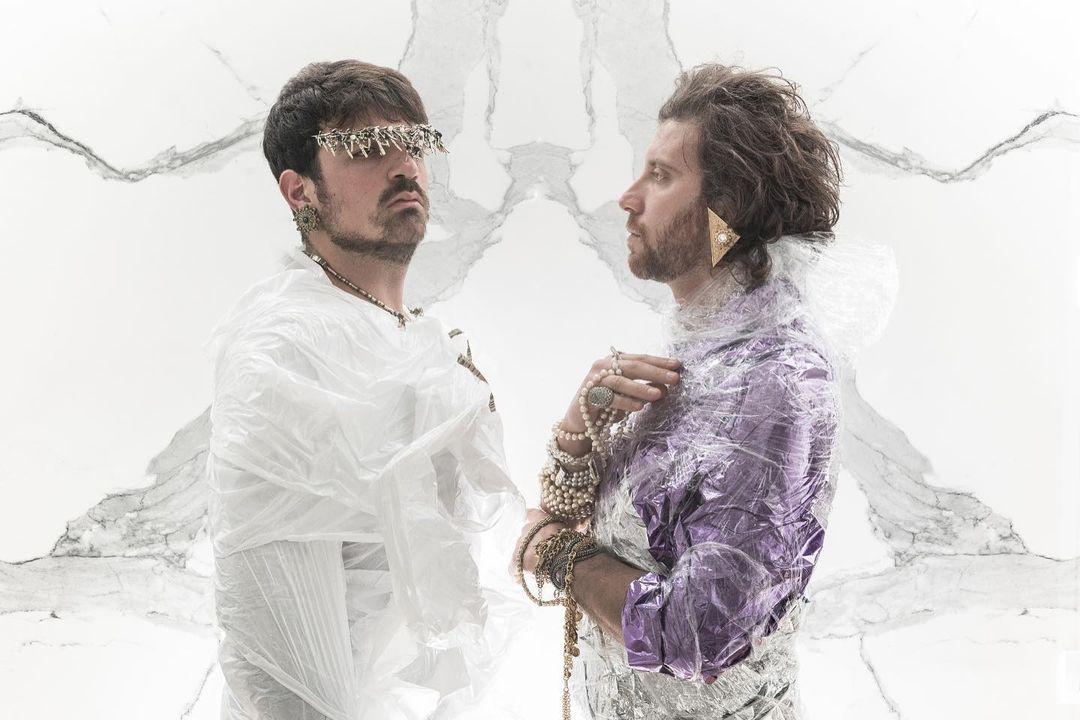 "Destiny is already written and decided, all bets are off. Despite the countless mud battles for the rise to power, who will be the “Prince Of The Stars”?"

Guy Gerber’s Rumors welcomes Italy’s Agents Of Time for an EP of delicately crafted dancefloor electronics in ‘Prince Of The Stars EP’ this March.

‘Mud Battles’ opens with muted and subdued tones, gently unraveling into a symphonic arrangement of analog synthesis and 4/4 kick drums. ‘Rise To The Power’ picks up the pace with shuffling percussion and a series of melodic motifs before moving into an enticing extended breakdown.

On the flip, ‘Prince Of The Stars’ opens with fielding recordings alongside a skippy, broken beat, carrying the track through a sequence of emotive passages, a theme that continues with the final track on the 12”, ‘The King Of Our Days’. The digital-only ‘Jimmy The Jester’ adds a welcome bonus for USBs worldwide in the form of an acidic, low-slung chugger, an exceptional closer to a standout EP.

The EP has been promoted together with a restyled logo and visuals representations showing the artists dressed as futuristic principles as the name suggests. They tell us a story you can read below:

Eyes on the past and eyes on the future intertwine and give life to evolutionary cycles and epochal changes. The broad vision combined with the desire for rebirth seals the growth over time, between “Mud Battles” and timeless struggles. Humankind always aspires to greatness. Something is already changing, something is taking shape.

As in a repetitive and constant cycle, the growth of people is inevitably combined with wealth. Everyone aspires to get a slice of it. Even “Jimmy The Jester” is now completely addicted to it and can’t live without it anymore. But is this really the path to follow?

The crown, symbol of the limit between earthly and divine, object of everyone’s desire but the right of a few. This seems to be the solution for everyone to the “Rise To The Power”

In this world unearthed by scientists, the parallelism with every era is also clear. Everyone tries to imagine himself in power, but the truth is just a blurry figure of reality. It is far from the figure of ”The King Of Our Days”

Destiny is already written and decided, all bets are off. Despite the countless mud battles for the rise to power, who will be the “Prince Of The Stars”?

Agents Of Time have been impressing audiences since 2013 via the likes of Maceo Plex’s Ellum Audio and Kompakt, alongside their own Obscura imprint. Turning their sights to Guy Gerber’s enchanting Rumors label, the outfit draw on years of experience to deliver an EP drenched in dreamy downtempo atmospherics.

Yotto & Junior Reid team up on new Single ‘One Blood’