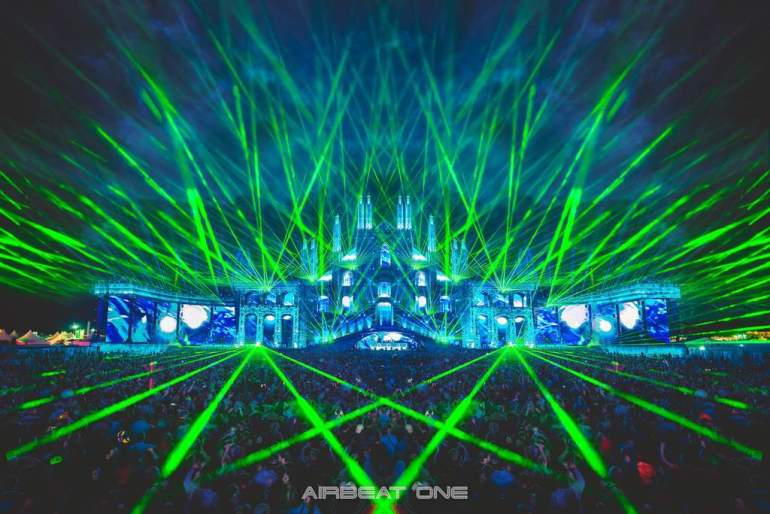 While the last of the New Year’s Eve fireworks have only begun to fade, the AIRBEAT ONE Festival is already showcasing the upcoming hits. For the fantastic 20th year of Northern Germany’s largest dance festival, more DJ stars and leading performers in the electronic music field have confirmed their attendance. 300 of the best DJs and acts will be on the five stages of the four-day open air event in Neustadt-Glewe in Mecklenburg-Western Pomerania from July 12th to 16th, 2023.

The Mainstage is the AIRBEAT ONE Festival’s iconic centerpiece and the festival’s absolute eye-catcher, measuring up to 180 meters wide and 50 meters high. Numerous acts from the acclaimed DJ Mag Top100 Ranking congregate there each year. Steve Aoki and Timmy Trumpet were previously predetermined to be in the top 10 of the renowned chart. More big-name performers from the list are now scheduled to perform in Mecklenburg-Western Pomerania this summer, including Charlotte de Witte, Dimitri Vegas & Like Mike, Hardwell, and Vini Vici. And as the festival’s theme for the jubilee is “Edition Home Germany,” Fritz Kalkbrenner, a popular German film, also attends!

The Arena Stage, which was just introduced to the AIRBEAT Stage lineup, has a lot of techno. Vintage Culture and Reinier Zonneveld, two rockets from the DJ Mag Top 100, have also been placed here as of the new year. Of course, German musicians could also be included in this latest declaration. So, join Moritz Hofbauer of the FCKNG SERIOUS family and Lilly Palmer, who placed 32 in the DJ Mag 2020 voting for the title of “Best Female DJ Worldwide.” From Denmark, Kölsch travels to Neustadt-Glewe and Indira Paganotto flies in from Spain.

The colors black, crimson, and gold primarily illuminate the Terminal Stage in the first lineup release. Currently, Bassjackers, Dimitri Vangelis & Wyman, Klingande, and Mike Perry have all been declared international hits. Gestört aber GeiL, probably the best-known and most successful DJ duo from Germany, is also a new addition.

The performers on the Hardstyle stage up to this point have all been from abroad. This is still the case despite the recent announcement that Frontliner, Jebroer, Ran-D, Rebelion, and Sefa have joined the lineup of artists who specialize in tougher sounds.

As diverse as the festival itself, AIRBEAT ONE’s music is also. From electronic dance music (EDM) through trance and progressive, from hardcore, gabber, and hardstyle to techno, minimal, house, psytrance, and goa. And the internationally renowned Second Stage offers these two fashions. Here, Astrix, Liquid Soul, Omiki, Phaxe, and Ranji join the previous line up with further illustrious names of the Goa and Psytrance scene.

It will be a festival of superlatives at AIRBEAT ONE in 2023. To congratulate one of the biggest electronic music festivals in Europe, 300 performers from around the globe arrive. More than 65,000 visitors every day from more than 50 countries will be on the guest list. Everyone should attend this anniversary. Sales of tickets have already begun in earnest. In the first wave of pre-sale, the 3-day ticket now costs 149.99 euros. You can attend the AIRBEAT ONE birthday party as a VIP guest for an additional €100. (249.99 euros).