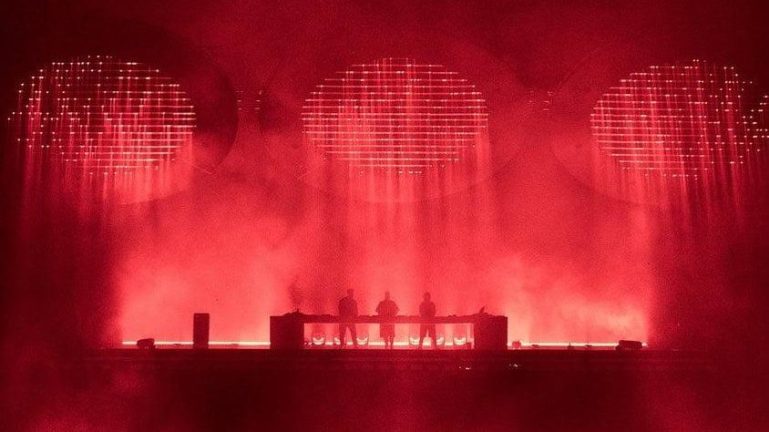 After weeks of speculations, cryptic stories, crazy hypotheses, Redlight, Swedish House Mafia‘s supposed new single popped up online. The track has been played in full by Alesso during his performance at Echostage in Washington DC last weekend.

The story of Redlight started some months ago, under the name of Desembra’s Juicy. For those who don’t know, Desembra a.k.a. Carl Nordstrom is a long-time trio’s friend and collaborator. He worked basically on every new SHM’s such as Lifetime and Moth To A Flame. In December of last year, Axwell played a brand new ID during his solo set in Saudi Arabia. The track turns out to be part of the #Desembra – ID SHOWCASE VOL 2 mix on Desembra’s Soundcloud. The mix was rapidly deleted from Soundcloud after that. Desembra has also recently collaborated with Enzo Ingrosso, Sebastian’s younger brother, on a new project called Runway.

At the end of this January, and especially during the latest two weeks, Swedish House Mafia started teasing what is supposed to be their next release, Redlight. The track seems to be a revisited version of Desembra’s Juciy. Last weekend this new version surfaced on Instagram, first posted on Carnage’s Instagram stories, and now during Alesso’s set at Echostage in Washington DC. The specific version played by Alesso sounds to be a mashup with The Police’s Roxanne vocal. The audio quality is not the best but you can definitely make an idea of the track’s style. The complete video is available on Reddit thanks to u/Confident_Emphasis36.

Worth knowing that Sebastian Ingrosso just yesterday posted a sneak peek of Redlight build-up on his Instagram stories. The track was playing through his phone directly from Dropbox. The user u/jwatson713 recorded the screen and posted it on Reddit. The trio is currently in New York City where they have met up with Sting, frontman of The Police.

UPDATE: Axwell, Sebastian Ingrosso, and Steve Angello, as well as the official Swedish House Mafia account, has just posted red pictures, hunting to Redlight. The pictures show what looks like frames from a music video.