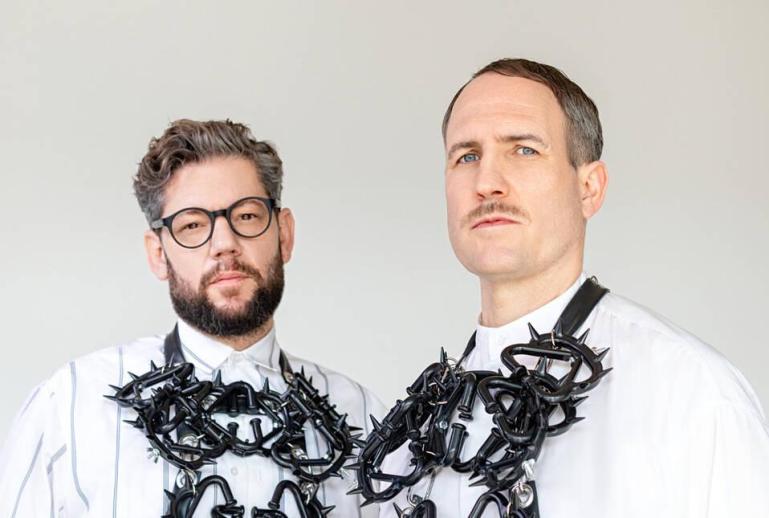 Innervisions duo Âme are set to release a reinterpreted mix of their debut album Dream House.

Initially released in 2018, the album features collaborations with Matthew Herbert, Planningtorock, and Roedelius and received wide acclaim from the likes of Pitchfork, Resident Advisor, and Mixmag.

The new edition has been reworked and repackaged into a continuous mix titled Dream House: A Strollology. With the addition of street recordings of their home city of Berlin (recorded by the duo themselves during the upheaval of 2020), the mix is being released as part of Highsnobiety’s digital-first landmark experiential project, Berlin, Berlin. The event will feature contributors from fashion, music, art and design including Jonas Lindstroem and Little Sun (founded by Olafur Eliasson), and takes place January 22nd-24th.

During the lockdown, quite a few friends mentioned how they had discovered our album Dream House and were really enjoying it with the peace and time to listen to it properly. When
Highsnobiety approached us to ask if we could contribute music to their “Berlin, Berlin” project, we had the idea to reinterpret and mix our album with street recordings of the Berlin cityscape to give people a perfect soundtrack for strolling around the city. – Frank Wiedemann, Âme

Part of Highsnobiety’s Berlin, Berlin is the immersive AR art group exhibition, Berlin, Augmented Berlin, which invites visitors the chance to place eight sculptures by local artists in public spaces around the city or within their own four walls using a smartphone or tablet.

Âme’s Dream House: A Strollology is a 47-minute continuous mix designed to soundtrack the exhibition through Berlin’s promenades and alleyways.

Since the pandemic, the way people consume music has changed, and people are discovering and listening to music on strolls around their city and town rather than in clubs or at festivals and
parties. We wanted to focus on how best to soundtrack that.- Kristian Beyer, Âme

Âme’s Dream House: A Strollology will be available from January 22nd via Highsnobiety (inc. QR Codes exhibited throughout the city), all DSPs, and as a free download via Innervisions.