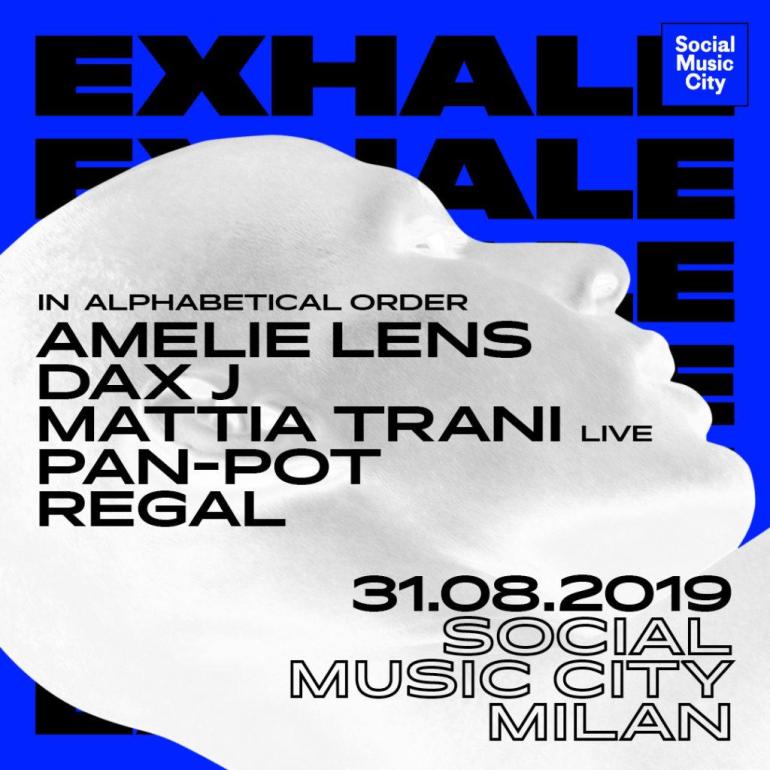 After the summer closing, Social Music City in Milan re-open its door at the end of this month. On the 31st of August, Amelie Lens will bring her signature sound to the Italian techno capital. A 360° degree vision is what we can expect from Exhale, Amelie Lens’ own party that has seen ane exponential growth in the latest months. From 5 pm until the sun will disappear behind the horizon, Social Music City will turn into techno heaven.

Preceded by a successful edition at OFFSónar, Barcelona, the Milan party will be an anticipation of the massive 24-hour party for the Amsterdam Dance Event. Exhale gathers a selection of the underground’s finest to deliver an uncompromising vision of the future sounds of techno.

Besides Amelie Lens, Milan edition of Exhale at Social Music City will see a vast variety of artists behind the decks. Starting from Pan-Pot and continues with Dax J, Regal, and Mattia Trani. From an alternative electronic atmosphere to something harder, acid and trance in a way, Social Music City Exhale’s lineup is the best choice to spend a magic day absorbed into the underground magical vibes.

Listen 10 of the best Kryder’s tune for his birthday!
This website uses cookies to ensure you get the best experience on our website: Find out more.