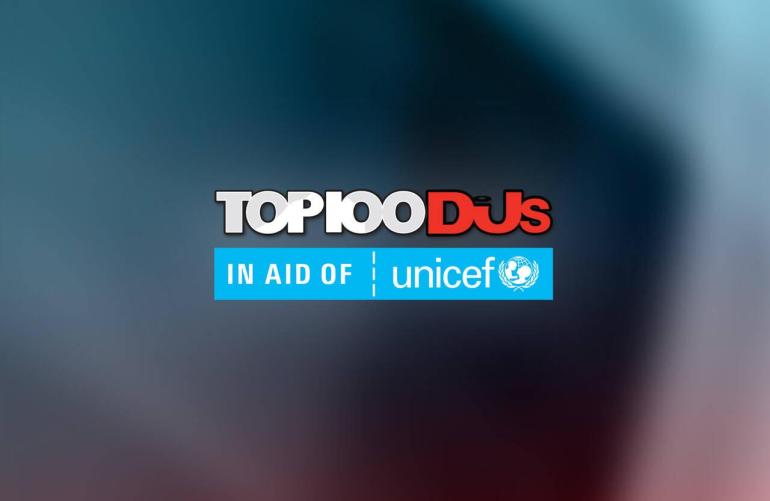 Two editorial choice awards, chosen by DJ Mag’s editors to recognize the contribution of artists making a significant impact outside the scope of Top 100 DJs voting, were also announced during the Top 100 DJs Award show. The Future Star award went to Japanese artist Qrion, who has had a meteoric rise since debuting on Anjunadeep in 2019. Kevin Saunderson, the Detroit techno architect who recently relaunched his E-Dancer project with a remix album on Drumcode and landed on the cover of DJ Mag North America, was honored with the Lifetime Achievement award.

The majority of voters in this year’s Top 100 DJs were from prime clubbing age groups, with 40% of votes coming from 18-24-year-olds and 40% from 25-34-year-olds. With most clubs and festivals closed or canceled for the rest of the year, many poll participants clearly voted based on live-streamed sets or past favorites.

Regardless, territories with early club openings clearly benefited from real-world event experience. China’s vote share has increased dramatically in the last 18 months, despite the fact that its clubs have only been open for about 18 months. DJ Mag’s dedicated China voting platform received nearly 15% of the total votes in 2021.

This year’s poll features eight Chinese DJs, the most ever, with six of the 13 new entries coming from China (Panta.Q, GIFTBACK, KAKA, Luminn, Alexso, Dexter King). Things are also looking up elsewhere in Asia. Overall, the continent has the second-highest number of DJs, and South Korean DJ Peggy Gou wins the Highest Climber award, climbing 31 places to No. 38.

Where the votes came from?

Asia received the fourth highest number of votes overall. South America came in third, with Brazilian voters having a significant impact, and North America came in second, with the United States and Mexico both receiving a significant number of votes. This year, Europe received the most votes, with UK dance music fans, in particular, speaking up. In total, votes were counted from 231 countries, principalities, and islands, including Palestine, Turkmenistan, Gabon, and even a single vote from tiny Norfolk Island off the coast of Australia — congrats to the entire international rave crew!


DJs’ nationality in the final ranking.

Europe has the most charting DJs by far — around 60% in 2021, with David Guetta at No. 1 — and will continue to do so. The Netherlands is represented by a fifth of the total list and half of the top ten, as well as the awards for Highest Trance (Armin van Buuren, No. 3), Highest Future House (Don Diablo, No. 7) and Highest Hard (Angerfist, No. 46). For the second year in a row, Belgian artist Charlotte de Witte wins Highest Techno at No. 23, while Germany’s Claptone wins Highest House at No. 32. MORTEN, a close collaborator of David Guetta, is this year’s Highest New Entry, coming in at #39 in the poll.

BEAUZ, an Asian-American duo, Naeleck, a Japanese-based French DJ, Germany’s Virtual Riot and VIZE, Sweden’s KAAZE, and British DJ Christina Novelli are among the newcomers. The number of non-movers and re-entrants is up from last year, with five DJs holding their spots and three returning to the poll — the most notable of whom is Guatemalan-American DJ Carnage, aka GORDO, who returns to No. 37.

As the poll’s stewards, DJ Mag is committed to encouraging voters to consider a diverse range of DJs in order to better reflect the global electronic music scene and its roots in LGBTQ+ Black and non-Black POC communities.

In 2021, 13 women have charted, matching the previous year’s high, and the addition of more Black and non-Black POC artists makes it the most racially diverse poll yet. While this is another step in the right direction, DJ Mag acknowledges that there is still a way to go, and pledges to continue to work — alongside colleagues and friends across the industry — to increase the diversity of their year-round activity, in the hope that they can collectively influence the landscape that Top 100 DJs reflects.

The long-term partnership between Top 100 DJs and Unicef, the world’s leading children’s organization, will enter its fifth year in 2021. Throughout the partnership, DJ Mag has rallied the world’s top DJs to support Unicef’s efforts. DJ Mag has also donated more than £90,000 to the charity. Unicef has used this money to provide life-saving vaccines to over one million children around the world.