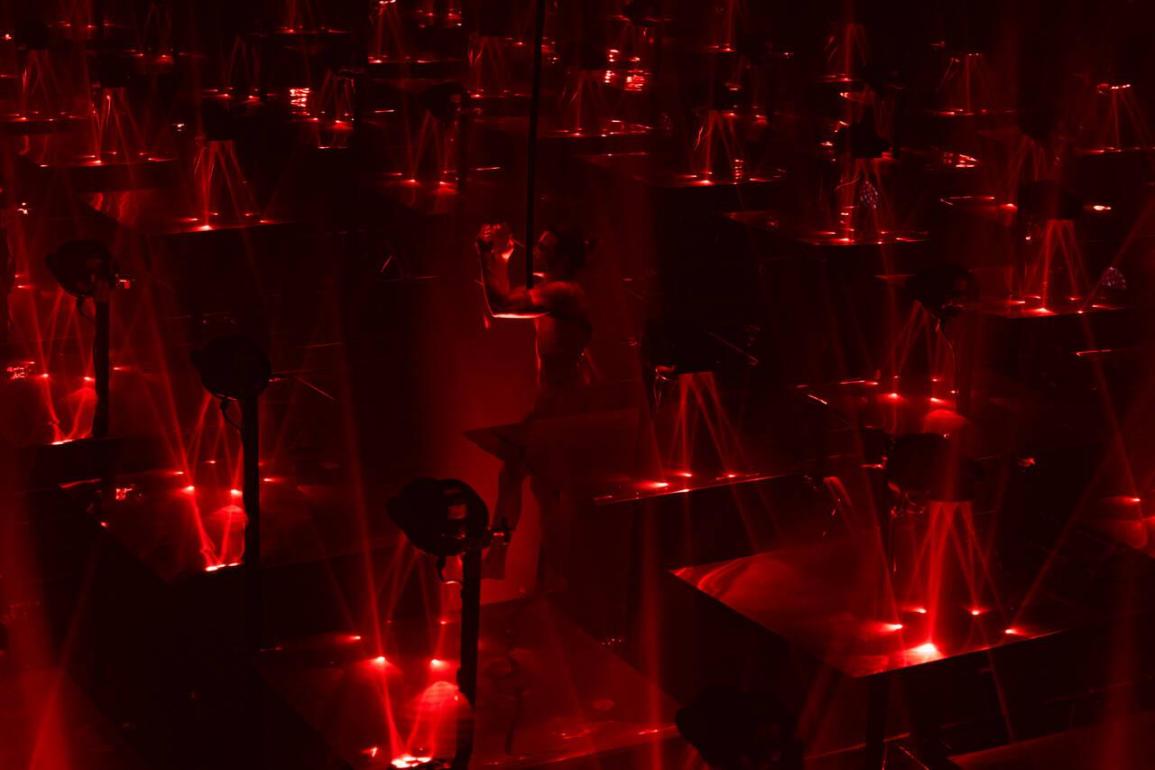 On the 27th of October 2021 the online premiere of the modern, audiovisual air performance “Endurance” took place. It’s a timely and indulgent performance that delves into human nature’s limits. The show is another incredible example of the Antidote Community’s groundbreaking and cutting-edge vision.

The performance was first performed live in August for a small audience at Men Spaustuv in Vilnius. Therefore the creative team together with the project “Antidote Community” captured the performance in the video, to make it freely available for Lithuanian and foreign audiences.

The performance’s axis is a near half-hour performance by Konstantin Kosovec, a circus artist suspended from a rope, which required a tremendous amount of effort on the actor’s part. The creative team of “AB Lights,” led by Arvydas Buinauskas, one of the most well-known lighting designers in the Baltic States, created the image of a chaotic, full of abstract challenges, but also the magical world. The main idea and emotional basis of the performance were developed with a soundtrack by electronic music creator Maksimilianas Oprika – FUME. The use of sounds from various Vilnius churches to create it is symbolic.

Today’s world demands a lot from us. We are constantly in a hurry, running, striving for the unattainable, and unconsciously finding ourselves at the limit of our possibilities. Whether it’s the last kilometer of a marathon, the last rock to the top of a mountain, or the heat of a global pandemic. Still, man is inspiringly enduring. – soundtrack’s composer of the performance Maximilianas Opriška – FUME