"It's poetic, romantic, and sensual, delving into the integrative relationship that exists between humans and technology" 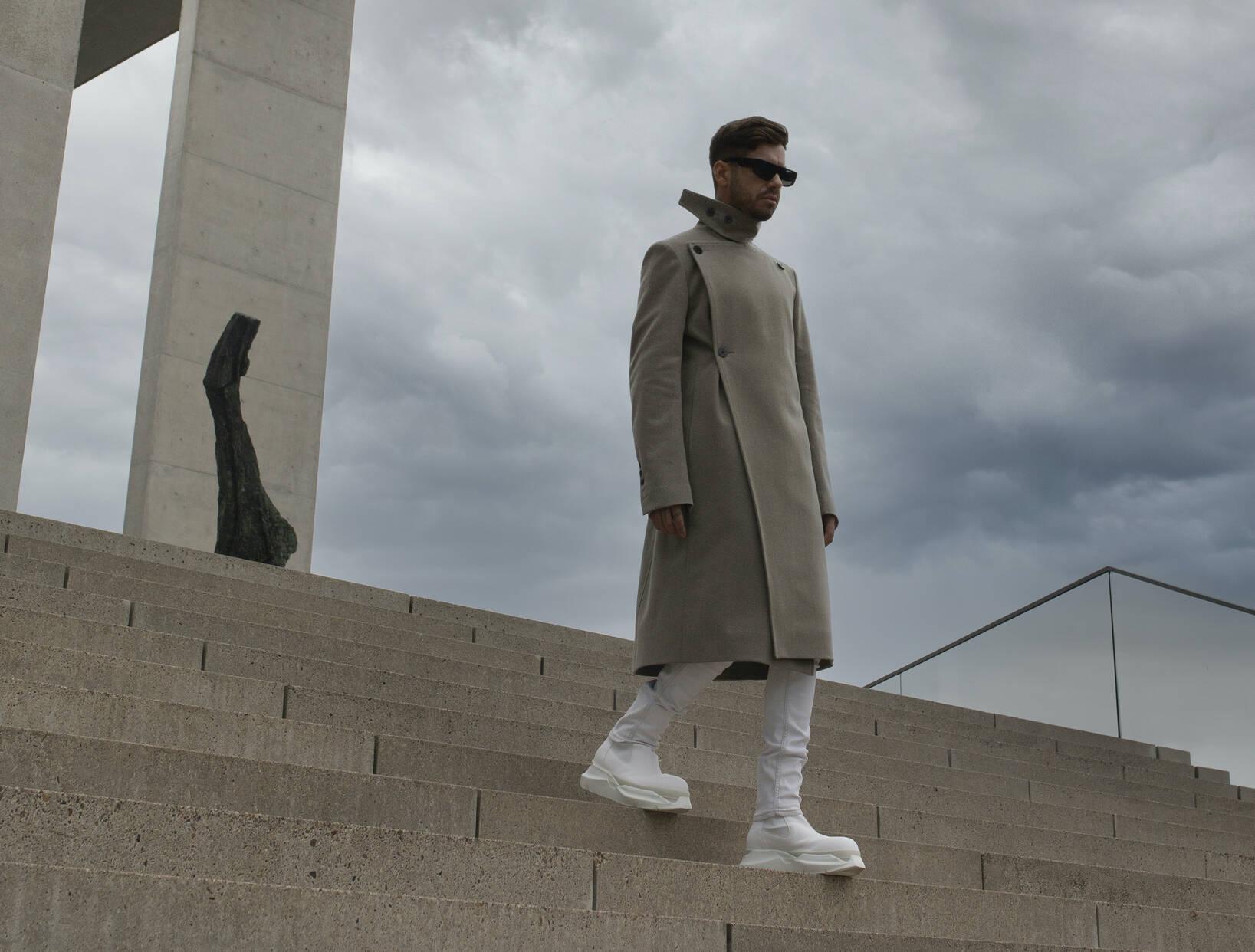 Anyma, Matteo Miller‘s solo project, continues the journey through digital and augmented realities with a second installment ahead of his debut upcoming album, set to be released later this year. Claire EP follows Sentient EP driving the listener into an exceptional experience exploring Milleri’s digital extension of his persona. Claire EP is out now via Rufus Du Sol‘s imprint Rose Avenue.

Anyma delivers a sparkling dose of indie-electronica on his three-track release, starting with the title track and EP opener Claire. It’s full of emotion, with haunting vocals written and sung by Delhia De France, and co-produced by Faroe Islands composer Janus Rasmussen. The dreamy and relaxing main melody has been built to breach the listener’s soul, delivering a feeling of peace and harmony not a lot of tunes are able to transmit. The perfect blends between the intimate Delhia De France and the iconic melodic techno synth-work by Matteo create an incredible combination of melodies that unfold into a magical and charming drop.

Anyma is my new solo project aimed at discovering my artistic individuality, it’s the digital extension of my persona combining digital art, electronic music and immersive experiences. Utilizing the immense possibilities of Mixed and Extended Reality, Anyma creates a universal language all of its own, bringing the artist and the audience closer and blurring the boundaries between real and surreal. – Matteo talking in an interview for Rose Avenue Records

Claire is accompanied by a wonderful artwork and an official video of IOR50, a studio that focuses on Art Management, Animation and Visual Efforts and that uses faithful rendering, real-time engines, and experimental approaches to develop creative technological solutions.

The following is the same emotionally driven Forevermore that sends a modern trance sound with etheric melodies and subtle breakdowns. Moving on a deeper level thanks to rumbling but clean percussions Forevermore creates an extraordinary connection between the melodic techno world and deep house sounds, mixing together the best emotions from the two environments into something completely new and all to be discovered.

Anyma expands his sound in the EP’s final track, Sonder, by drawing on the integrative algorithmic consciousness’ remarkable ability to create electronic music with humanlike levels of sentimentality.

About Anyma and the upcoming album GENESYS

We’ve been keeping this under wraps for awhile, but we are thrilled to finally announce Rose Ave Records’ next release is from @AnymaOfc. New project from Matteo Milleri of @TaleOfUs. The three track EP arrives this coming Fri Jul 16. Here is a little peek at what to expect🌹 pic.twitter.com/YIbIeUkrpu

A string of additional releases is planned for the coming months, culminating in the release of the debut album GENESYS at the end of the year, as well as the launch of NFT digital art pieces.

Matteo’s distinctive take on melodic techno evolves on this album, which marks a new direction for him. It’s poetic, romantic, and sensual, delving into the integrative relationship that exists between humans and technology as we move closer to a merger of organic and digital matter.

He creates its own universal language by utilizing the vast possibilities of Extended Reality, bringing the artist and the audience closer together and blurring the lines between real and surreal. As a result, an interactive space emerges that functions as a journey of discovery, elucidating human expressivity and creativity through the examination of souls and emotions.

Anyma embodies the techno ethos: she embraces technology while looking to the future for inspiration. The physical and digital collide in Anyma’s metaverse to form a single enlightening field of experience.

Anyma’s second stunning EP in as many months, Claire, showcases her exceptional talents for electronic music production once again. Stream and download the tune here.