Titled ‘Welcome to the Opera’ and part of Book 1, the song is the brand new collaboration with Tale Of Us's Anyma 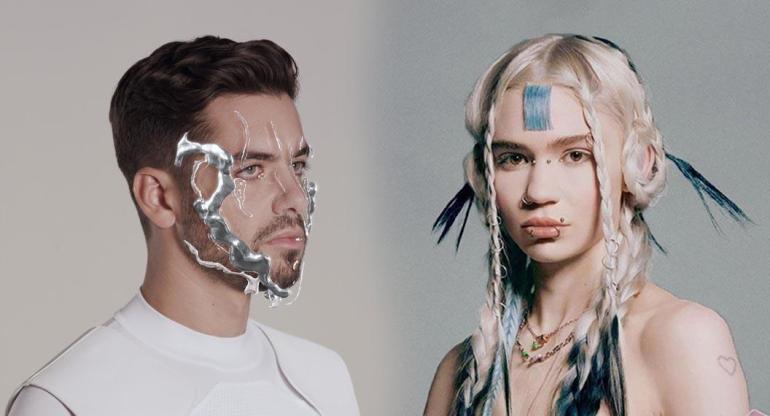 An interesting mix of styles is the new collaboration between Matteo Milleri‘s (Tale Of Us) Anyma and Grimes. Welcome to the Opera, the name of the new ID, has been premiered for the first time at EDC Las Vegas 2022.

Announced by Grimes herself on Instagram with a post and rapidly shared by Anyma as well, Welcome to the Opera is the first collaboration between the two artists. The record has been played as an intro for Grimes’s performance at EDC Las Vegas 2022.

This new song seems to be part of a new Grimes’s project called Techno Timeline. Given the visuals and the presence of Anyma in the track, we can assume it will be some sort of NFT or digital drop, together with the record.

Fans suggested it could be part of the upcoming album, Book 1 but at the moment nothing seems confirmed and these are just speculations.

But who is Anyma, the artist behind the collaboration with Grimes Welcome to the Opera? Matteo Milleri, half of the duo Tale Of Us, is behind the brand new project who aims to merge together innovative technologies, the digital world, and music. He has been the first to bring NFT into real life during his concerts. His works have also been exposed as a piece of art in several museums around the world. Just a few days ago Palazzo Strozzi in Florence opened the Let’s Get Digital exhibition, including arts by Anyma.

Anyma and Grimes Welcome to the Opera

Besides Grimes posting on Twitter about a possible release as a demo, the record has been premiered under the electric sky at Electric Daisy Carnival EDC Las Vegas 2022 last night. It’s still unreleased but you can listen to it below.


Becuz it was a livestream I will prob drop the demo if Anyma is down but I would still like to edit the song more which will prob make u all hate me but just so it’s online for sum time https://t.co/blB4hbtqmW