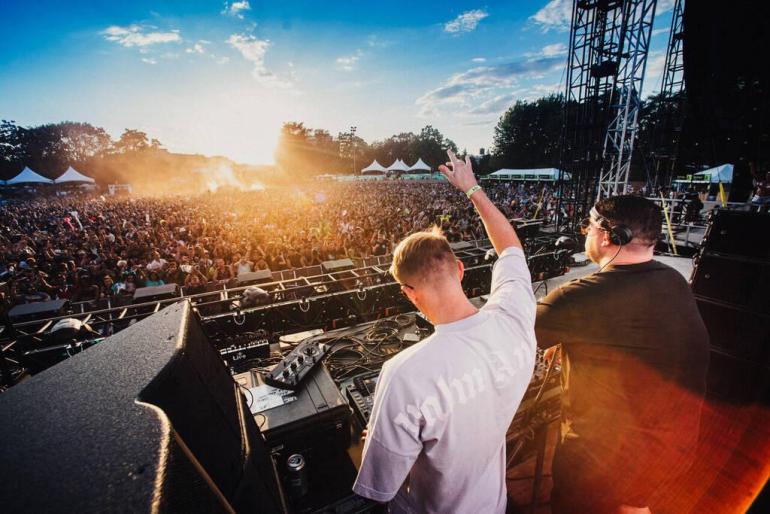 The spirit of house music was conjured up in the birthplace of the genre for ARC Festival’s 2021 debut. The event brought together scenes and communities from all over the world in a way that felt unique to Chicago’s creative history. In 2022, ARC will return to the city on Labor Day Weekend with a three-day event, and the organization has announced a world-class lineup of movement leaders from around the world.

The first edition of ARC provided a festival experience previously unavailable to Chicago dance music fans. Aiming to create an immersive journey into the beating heart of the genre, attendees were led from the technicolor containers of The Grid stage to the outrageousness of Spain’s Elrow, and finally to the deeper shades of Expansions. The result was a city-wide vibe that extended into premier venues at night, capturing the industry’s attention and leaving those who missed out longing for ARC’s return.

The pinnacle of modern house remains a focus at ARC, as the show welcomes giants like Gorgon City, Chris Lake, Claptone, Get Real, Eats Everything, Justin Martin, and Vintage Culture. Melodic house from the likes of Lane 8, Nora En Pure, Ben Böhmer, Boris Brejcha, and Gioli & Assia will also be on full display.

In response to global demand, some of the most sought-after producers and selectors from the international techno scene will bring their hard-hitting sound to ARC. Italian leader Joseph Capriati returns to Chicago, joined by ENTER’s Richie Hawtin, ANNA from Brazil, Sama’ Abdulhadi from Palestine, and Enrico Sangiuliano to round out the truly global affair.

Elrow is set to return to Chicago for ARC.

Elrow, the renowned Spanish party outfit, will return to ARC, bringing its renowned psychedelic production and outrageous surprises to Union Park in full force. Elrow’s signature stage design, performers, and hijinks have made it one of the world’s most celebrated brands, with bespoke events taking place annually in Barcelona, Ibiza, New York, London, Dubai, Miami, Las Vegas, Sydney, and many other key markets.

ARC will go beyond music once more, creating a cutting-edge experience that reflects the culture and artistry of its host city. Expect curated production elements and art to guide attendees between each of the four immersive stage environments. The event will also serve as a showcase of Chicago’s culinary prowess, providing an elevated and uniquely local experience.

These efforts will be led by the Auris Presents team, who bring decades of professional experience to the table across their various independent endeavors. ARC fans will also be treated to intimate after-parties across Auris and ARC partner venues RADIUS, PRYSM, and Concord Music Hall with others to be announced.

Purchasing a festival pass early not only secures Labor Day Weekend, but it also serves as a ticket to stacking this summer with events in the spirit of ARC. Pass holders gain access to purchase tickets to sold out shows, private pre-sales, exclusively priced tickets, and the chance to guestlist at over 40 upcoming Auris Presents events this spring and summer.

Attendees can sign-up to be the first to get their festival passes at ARCmusicfestival.com. General admission tickets will go on sale on March 17th, with payment plans available now and travel packages to follow.