Artbat will carefully A&R talented new artists and give them a platform to shine around the world, in addition to releasing their own music on the label. 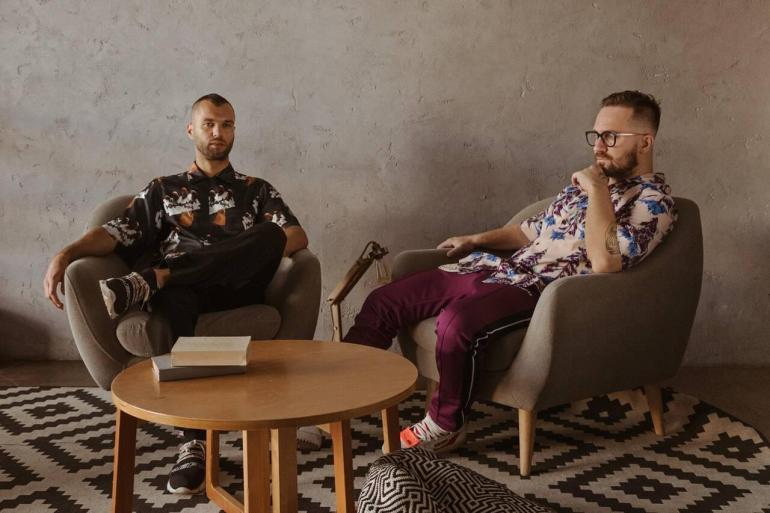 With their brand new single ‘Flame‘ (download) ARTBAT launch their own UPPERGROUND label on August 27th, almost six years after their debut single ‘Mandrake.’ Artbat’s emotive techno is now known all over the world, and the label is sure to become a go-to outlet for it.

ARTBAT have been prolific in the studio, releasing a steady stream of high-quality, always innovative sounds that connect with their listeners on a deep level. They’ve also just finished a tour in the United States and will be touring South America soon. But first, they launch their own record label, which is named after the image they want to project in the music industry.

During the pandemic, we had enough time to work on new music and had our heads deep in the studio working on new ideas. Now we feel like we have the right tracks to be presented on our own label. Especially after a worldwide lockdown, we wanted to kick off with something fresh and new, filled with life, colour, spiritual uplift and emotion. Now feels like the exact right time to do so. – ARTBAT about UPPERGROUND

The label’s ethos is to be seen as neither underground nor commercial, but rather as a mark of distinctive, high-quality electronic music known as the ARTBAT sound, which is accessible to anyone anywhere in the world. Is it really underground when your photo is on a billboard, you’re playing to tens of thousands of people at festivals, and hundreds of thousands more watch your melodic techno on live streams? Most likely not, which is why UPPERGROUND is such a great name. Artbat will carefully A&R talented new artists and give them a platform to shine around the world, in addition to releasing their own music on the label.


Our label will be an outlet for unique and exceptional emotive sounds, music that moves you, lets you dance and fills you with emotions. We want to present alongside our own music, artists who we’ve followed for some time, as well as young and talented artists. – ARTBAT

The enthralling first single, ‘Flame,’ is a dramatic mix of techno and trance drenched in emotion. While the elegant synths flash high above the moody drums, a tender vocal layers in deep feelings of introspection. The drums drop once more, bringing the crowd to a whole new level after an artful breakdown brings big moments of emotion.

This single is an excellent way to kick off UPPERGROUND.