Ashibah drops ‘Give It Up’ via Gorgon City’s Realm 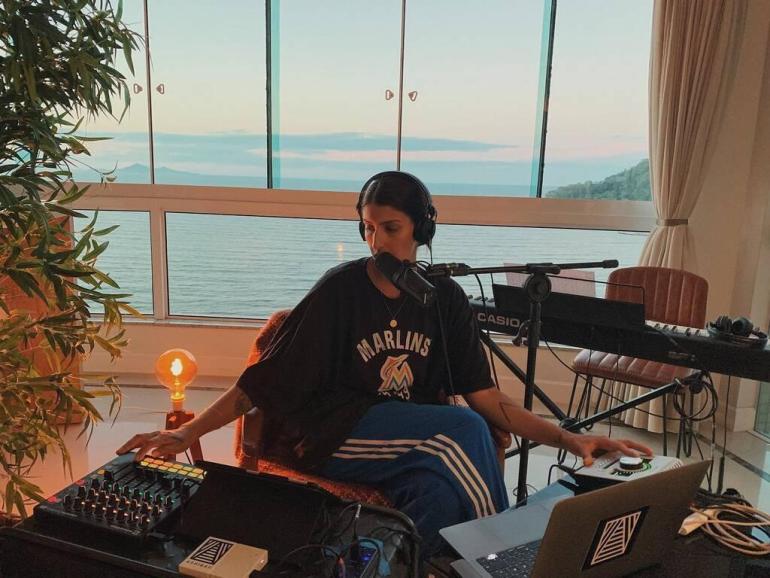 Ashibah brings the heat this time to Gorgon City‘s REALM label with the eerie house tune Give It Up, following the renowned duet Let It Kill Ya with top producer Ferreck Dawn.

Ashibah most recently performed the closing set at the Fluid Festival in Copenhagen and released the official Beatport Sounds x Loopmasters sample bundle 4 E.V.E.R. Her dedication to her craft has seen her release on major imprints like Solotoko, Rule Zero, Nothing Else Matters, Anjunabeats, Sony Music, D4 D4NCE, DFTD, Kittball, Get Physical, Spinnin’ Records, and more. She is known for her signature self-taught production, self-recorded vocals, and thoughtful writing and composition.

Ashibah has amassed massive live sets all over the world, from clubs like Brazil’s Green Valley and the renowned Hi Ibiza to major festivals like Lollapalooza, Rock Rio, Summerburst Festival, and Copenhagen Distortion. She draws on her Danish and Egyptian ancestry as well as her second home of Brazil. The past year alone has seen Ashibah officially remix for GRAMMY-nominated act Above & Beyond and debut on Danny Howard’s Nothing Else Matters label Get 2 Know Me supported by the likes of BBC Radio 1, Jamie Jones, David Guetta and Claptone. Additionally, Danny Howard himself gave the song a remix treatment and invited Ashibah to perform with him at his Amnesia residency in Ibiza in July. Continuing her Ibiza showcase, Ashibah supported Vintage Culture at Hii Ibiza, where she performed to a packed crowd with her unique live approach that weaves vocals and mixing with undeniable club weapons.

With releases like We Found Love with Nora En Pure, which reached Beatport No. 2 and has over 10 million streams, Intro Rework with Vintage Culture, Bruno B, and wnboss, which has over 37 million streams as of this writing, and the stunning Beatport No. 4 Devotion, Ashibah has maintained a coveted sound.

Now get set for her Brazilian leg of the tour including an upcoming show at the renowned L’Occitane Theatre later this year with electronic icon Peggy Gou, a Boma show in December alongside acts such as Massano, and a performance at Reveillon Laroc Club, Ashibah continues to evolve her dance floor sound alluring new single Give It Up. Ashibah’s Gorgon City supported song features her trademark beautiful edge and deeply cutting vocals that tingle the spine and elevate the head. It is a synth-led cinematic soundtrack ready for the dancefloor.

Give It Up by Ashibah will be released on September 9th by REALM.