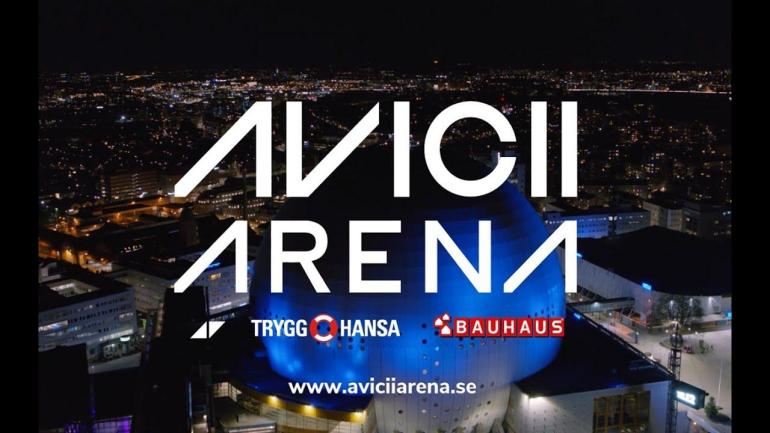 The Ericsson Globe, one of Sweden’s most popular and well-known venues, has a new name as of today: AVICII ARENA.

One of Sweden’s most iconic buildings becomes a symbol for a new initiative with partners to prevent mental illness for the country’s young people, thanks to a unique collaboration between the Tim Bergling Foundation and ASM Global’s Stockholm Live, with Trygg-Hansa and Bauhaus as new naming right sponsors.

It was a significant milestone in Tim’s career when he played here 9 years ago, and he would be extremely proud that this iconic building from today will bear his name – Klas Bergling

After the death of their son, the late producer and recording artist Tim Bergling, who took his own life at the age of 28, Bergling and his wife Anki Lidén established The Tim Bergling Foundation.

Being able to use one of Sweden’s most famous and visited buildings as a symbol and meeting place for one of the most important societal issues of our time in the way we now do together with our partners feels fantastic – Andreas Sand, CEO of Stockholm Live who manages Avicii Arena

With our worldwide reach, ASM Global takes tremendous pride in not only presenting unparalleled entertainment experiences but also  in playing a positive role in the lives of our millions of guests in countries throughout the world. We’re honored to participate in this collaboration to help prevent mental illness – ASM Global President and CEO Ron Bension

The historic venue, which can be seen from most of Stockholm, is meant to be a “hub for sharing ideas and hosting activities with a focus on young people’s mental health,” according to Bergling.

Globally, suicide is the second most common cause of death among the 15-29 age groups. This highly distressing statistic must be changed. It’s only together we kind find a way to make a difference #For A Better Day. – Bergling

Last year, the Tim Bergling Foundation launched #For a Better Day, a campaign in which young people in Sweden were invited to share their worries, mental health issues, and other concerns with the foundation. These opinions and voices will be collected and presented to Sweden’s Prime Minister in August.

It is only by listening to the young people and working with them that we can really make a difference – added Bergling. – We will start from that in everything we do. We call the collection of young people´s thoughts For a Better Day because we focused our surveys on what they need for a better tomorrow, and their answers will form the basis of our work inside and outside the Avicii Arena.