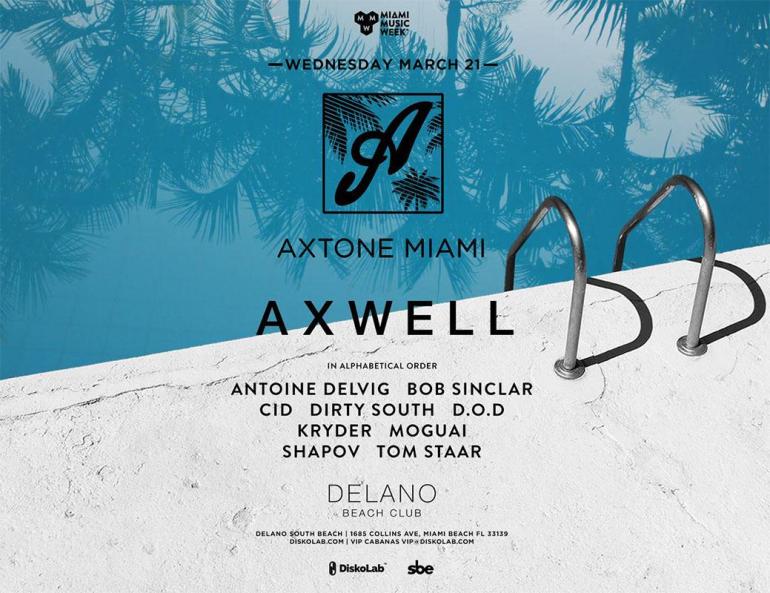 Axtone reveals full line up for its Miami Pool Party 2018

Following the announcement of its own Miami Pool Party during the Miami Music Week, Axwell’s imprint Axtone has finally announced the full line-up for the party.

Taking place the 21st of March in the historical location of Delano Hotel, Axtone Miami Party will see on stage one of the greatest line-up for this type of event. Of course label boss Axwell will be present at the event as well as Bob Sinclaire and Dirty South (who has recently released his album). The line-up continues with names such as Antoine Delvig, CID, D.O.D, Cartel’s Bosses Kryder and Tom Staar, an unexpected Moguai (a future Axtone release?) and Shapov. They have also added Matisse & Sadko to complete what it seems to be the hottest party in Miami.

The Axtone Pool Party is set for the 21st of March at the Delano Beach Club, 1685 Collins Ave, Miami Beach. the event is 21+. Tickets and table reservation are still on sale but the sold out is very close so, be sure to save your ticket if you don’t want to stay outside the front door.

See you on the dancefloor and remember your swimwear 😉