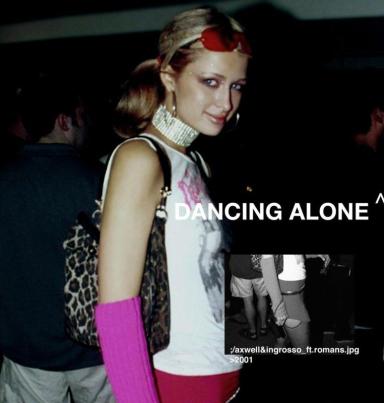 Sweden worldwide super duo Axwell and Ingrosso have finally dropped their brand new single ‘Dancing Alone’ which will be out tomorrow (the record is actually already out on New Zeland stores).

The news was in the air since days but finally, the track has been released on Spotify and iTunes on the very east of the world and will be available for the rest of the world in the following hour. ‘Dancing Alone’ which features a massive vocal by RØMANS has been dropped for the first time at WISH Outdoor Mexico and become rapidly viral thanks also to the soldout show in Brooklyn New York.

‘Dancing Alone’ was also played on every gig of the duo. Luckily we can now enjoy this mix of progressive and trance vibes. The duo is famous for the ability to change the style and re.invet themselves every time and, ‘Dancing Alone’ is another example of how Axwell and Ingrosso are able to produce almost everything. The track is enriched by the wonderful voice of Samuel Elliot Roman better known as RØMANS, an English singer, songwriter and record producer.

Axwell and Ingrosso will also play the upcoming Tomorrowland on the main stage and Axwell himself will host a special showcase for his music label during the Tomorrowland week. As last year, Axwell’s imprint will take over Tomorrowland with the Axtone stage. The line-up is already out and we can’t wait to see and hear what the king has in store for the fans.