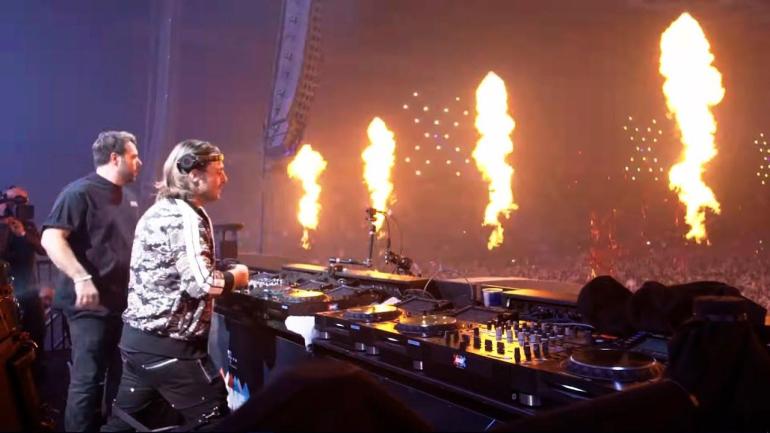 It’s been few hours since the end of the biggest indoor festival and event of this year ADE; AMF line-up has seen the Swedish super duo, Axwell and Ingrosso behind the decks dropping a new ID.

Last night Axwell and Ingrosso DJ-set could have potentially been the last performance as a duo; with the announcement for the return of the Swedish House Mafia and the historical manager who has left the management of the duo at the end of this summer, AMF  seems to be the last show on Axwell and Ingrosso schedule.

Amsterdam Music Festival doesn’t stop to impress with the stage design and structure and, this year, they have showcased a 360° show with visual and light effects in front, on the sides and o top of the crowd. Axwell and Ingrosso have used this insane structure to deliver, once again, a memorable show. The huge led-wall displaying the visual and the coordinate light games have honored the incredible DJ-set.

You can see and listen to the full show below but, we want now to focus on the record that has been played around the 15th minute. It has been renamed as Axwell & Magnificence ID and it was worldwide premiered only a week ago during Ultra Peru. Because the stunning vocal, the ID has been renamed ‘Nobody Else’ and it really sounds like the “old” Axwell. The ID is fully infected by clubbin’ vibes and a really groovy and rolling bassline that we honestly love. The style is in line with an Axtone release but, it’s really too early to say something about it, at the moment. The same ID has also been spotted during D.O.D set at the Nameless showcase.

Anyway, you can listen to the full Axwell and Ingrosso live-streamed set, as well as the new ID, below.