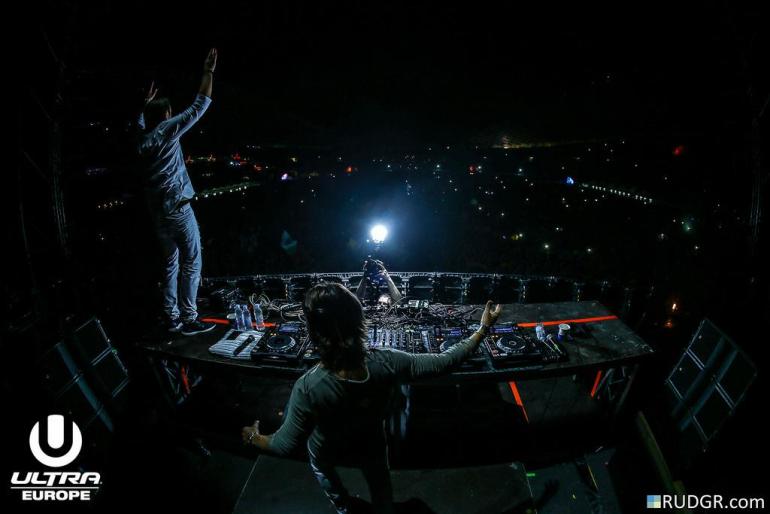 [vc_row][vc_column][vc_column_text]Ultra Music Festival Worldwide has landed in Split, Croatia, this weekend for the annual Ultra Music Festival Europe. the line-up is composed by the greatest artists around the world as Alesso, Axwell /\ Ingrosso, Eric Prydz, Steve Angello and tons more.

This Friday, the Sweden worldwide superstar and 2/3 of the Swedish House Mafia, Axwell and Ingrosso have taken over the mainstage delivering a 1-hour impressive DJ-set as usual. They have opened the performance with the new intro that, rumors say that will be a collaboration with Axtone’s wonderboy Klahr. This new intro was worldwide premiered in Miami, during UMF and it’s still a mystery.

The duo has variated a lot the set since last year, introducing brand new tunes Magnificence’s new records (Axtone) as ‘Out Of My Mind’ or their new single ‘Daning Alone’. Moving on, we can find the first new ID that seems to be played for the first time here at Ultra Europe. It’s a mashup with ‘More Than You Know’ and it’s a heavy trap infected record, not really what we usually like.

Around at the half of the performance, the duo has played what everyone feels to be the brand new collaboration with Sebastian Ingrosso and Alesso; the track was played several times during the last months and it has the right energy to let the crowd goes crazy.

Axwell and Ingrosso, before the end, have also pay respect for the passing away fo Avicii playing the acapella of Wake Me up on ‘Don’t You Worry Child’.