Axwell finally drops his new single ‘Nobody Else’

Axtone head honcho and 1/3 of Swedish House Mafia has just dropped his new single ‘Nobody Else’. The record is the first solo Axwell track since 2016.

Teased for the first time at Amsterdam Music Festival this October, ‘Nobody Else’ has rapidly begun one of the most-watched IDs of this year. At the beginning there was a certain mystery behind it; it wasn’t clear who the artists were. besides Axwell, Magnificence and, even more, D.O.D were the two hotshot names. It was Axwell himself to erase any doubt with three Instagram story videos: ‘Nobody Else’ was an Axwell solo record.

The track is a perfect mix of old and new vibes. Inspired by the electronic music golden era with its bass, beat, and melody, ‘Nobody Else’ features fresh elements too. The bouncing vibes on the drop won’t stop you from dancing. The vocal is so addictive that will stick in your head in zero time. Overall the track is a pure gem, in perfect “professor style” as Axwell got us used to. It’snot a cause that Annie Mac has chosen it as Hottest Record in the world on her BBC Radio 1 show.

Chosen as the Hottest Record in the world by Annie Mac on BBC Radio 1, Axwell ‘Nobody Else’ is finally here on Axtone.

During the interview with Annie Mac, Axwell, answering why did this feel the right time to you: “I don’t know, it’s just you work in the studio, you try different things. To me, to myself, it reminds me of the old song a little bit, as ‘I Found You’. When I heard that it felt fresh to me so that get me inspired to venture into it and make a new version of this sound. I found the vocal and it felt the good old time type of vocal. It worked with the music so, done.”

“I wanted to make something that sorta reminded me of the good old times, nice chords and soulful vocal, but not just relying on nostalgia and sounding dated when I play it out.” – Axwell tells Billboard Dance

Axwell ‘Nobody Else’ is currently out worldwide on Axtone but, there’s still a veil of mystery: what happened to the fancy cover art shown on Instagram?

Solomun unveils details for long-awaited album ‘Nobody Is Not Loved’ 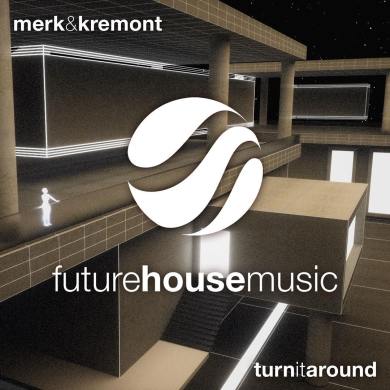