From London to Dubai moving through the United States and Mexico; these are the best New Year's Eve and New Year's Day parties you can't miss 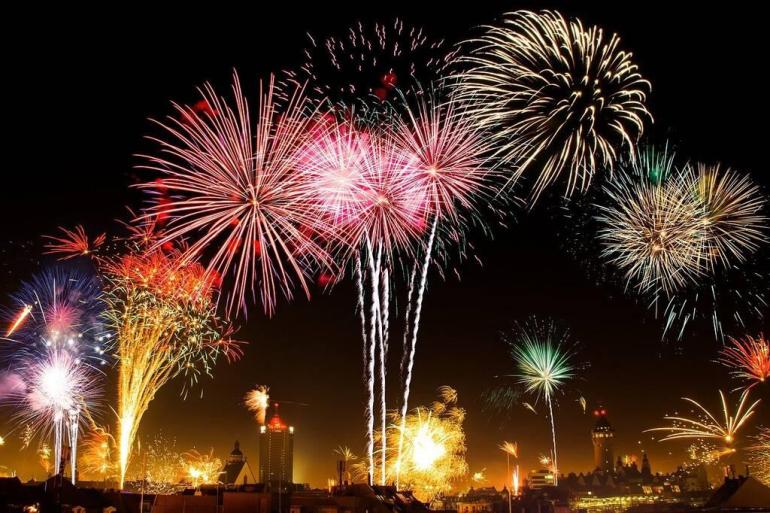 The club’s next New Year’s party, which is already regarded as a well-known Printworks tradition, will be especially memorable because it will be the last one for a while.

With their unrivaled catalog of dance music legends, Defected, the most in-demand label in house music is in charge of Printowrks’ NYE extravaganza, and the iconic Glitterbox crew is bringing their well-known collection of glam performances and disco hits for the ultimate NYD explosion.

The Press Halls and Inkwells are taken over by Defected, the most sought-after label in house music, for another unforgettable New Year’s Eve celebration.

From the acclaimed roster of up-and-coming artists and dance music staples on the seminal imprint, house fans can anticipate a mix of forward-thinking sounds and all-time classics.

For the ultimate New Year’s Eve celebration, the famed Glitterbox crew will light up our dance floors with their glam performances, disco tunes, incomparable party energy, and, of course, no shortage of glitter.

Glitterbox, a renowned party company that is committed to promoting tolerance and diversity, has made its New Year’s Eve celebration one of the highlights of the year.

For serious music fans, Soho Garden Meydan is a cutting-edge entertainment hotspot. It is a location to listen to underground DJs from around the globe in a variety of spaces. At the Playroom, cutting-edge light and sound combined with the best house and techno music enhance immersive clubbing experiences. While Black/Code is the largest space with spectacular production and futuristic design for 3000 people, it is an intimate indoor club space that runs late and will transport you to the next dimension.

World-renowned Mexican festival, Zamna Tulum is set to return with a stellar events scheduled for 2022 New Year’s Eve and New Year’s Day, and even more. On the 31st of December, Zamna Tulum New Year’s Eve will host Uckrainina duo ARTBAT and their already world-famous UPPERGROUND label party that will see 8KAYS, Agents Of Time, Miss Monique, Stephan Jolk and many others. There will be a little pause to relax and recharge your energy on New Year’s Day to start again on the 2nd of January 2023 with Elovate. Joseph Capriati, Loco Dice, Seth Troxler, Layla Benitez and Michael Bibi will exchange the controls at Zamna Tulum. On the same day, the Pool Stage will see a mix of melodic techno and experimental techno artists such as Agents Of Time, Konstantin Sibold, Anii, Olympe Wurtz, and more.

The fourth of January is a big day as Afterlife and Tale Of Us return for their annual party at Zamna Tulum. Expect an evening of cosmic exploration from some of the most forward-thinking musicians at Zamna Tulum, with a line-up that includes Mind Against, Adam Port, and a headline performance by Tale Of Us. The opening act on the Jungle Stage is 8Kays, who will be followed by Fideles, Adam Port, Mind Against, and label founders Tale Of Us for the encore. Expect performances from Olympe, Chris Avantgarde, Massano, and Colyn, regulars at Afterlife, on the Isla Stage, followed by a special B2B performance by Kevin de Vries and Konstantin Sibold. The Pool Stage will give the journey another dimension with performances from ANII, Øostil, Armonica, and The Element.

Afterlife promises to take you on another voyage into the big unknown to kick off the new year. Get ready for a transcendent performance, cutting-edge mind-altering images across immersive installations, custom lighting, and cutting-edge sound design that will leave you speechless.

More events are planned for he days ahead so, we suggest checking Zamna Tulum’s website for the complete event schedule.

This New Year’s Eve, The Mambo Brothers and Afro-House DJ Caiiro will perform at WHITE Beach Dubai with Sanctuary. This evening promises to be the region’s most sought-after New Year’s Eve party, with one of Dubai’s biggest and most breathtaking fireworks displays serving as the backdrop. Doors will open at 7:00pm for what is expected to be the most coveted New Year’s Eve party in the region. They are set against one of Dubai’s largest and most impressive fireworks displays. Table prices are starting from AED 3,000.

The Labryinto Festival returns to Costa Rica’s breathtaking Coast of Guanacaste this New Year after a much-anticipated debut. With headliners like Tale of Us, Keinemusik, Lee Burridge, Damian Lazarus, DJ Tennis, Carlita, Trikk, and many more, it delivers a distinctive and escapism-inducing blend of world-class music, art, gastronomy, wellness, and several potent environmental projects from December 28 to January 3.

World-recognized techno brand, Awakenings has launched a series of events for NYE and NYD. Starting from the 29th, techno cathedral Gashouder in Amsterdam will host heavyweight artists such as Amelie Lens, Ellen Allen, Farrago, and more. The massive New Year’s Eve party will see Adam Beyer, Ilario Alicante, Joris Voorn, Pan-Pot, and more for another unforgettable night. If you haven’t had enough of three days of pure top-class techno, on New Year’s Day, Kobosil, Richie Hawtin, SPFDJ, and more will guide you into the new year.

You could be fortunate enough to be able to get a few tickets so you can celebrate the end of 2022 and the beginning of 2023 in style, even though some of their events are already sold out.

With superb production, a distinctive industrial look, and cutting-edge facilities, this spectacular new events venue is poised to provide an unmatched experience. The cutting-edge venue has a futuristic LED wall and a sizable stage that can compete with any festival in the UK. It also has creative lighting, CO2 cannons, a variety of high-tech extras, including 3D LED effects, and lasers. The space comes to life with pyrotechnics and extraordinary special effects.

Still in New York City and ready to party on New Year’s Day? Heads of the Innervisions label Âme & Dixon will do an extended set at 99 Scott Ave to ring in the new year with some pals as we welcome in 2023. Tickets via DICE.

After capping off yet another incredible season with their largest quartet of holiday events to yet, Studio 338 is back with the greatest way to begin the year: a genuine Sankeys Rave. Since it will be the first of the year, expect an extraordinary production created just to start 2023 off in grand style. In addition to Reece Hussain and Ollie Bentley, well-known performers include underground icon Steve Lawler, frequent chart-topper and Hot Creations partner Bontan, dependable resident Andrew Kay, and Italian party starter Pirupa.

The Mothership, the Nebula hosted by Audiotistic, Area 51 by Bassrush, and Twilight Zone, produced by Insomniac Records, are just a few of the indoor and outdoor stages that will be welcoming ravegoers when the clock strikes midnight. Along with a stellar lineup, which includes a highly-anticipated back-to-back set from Bloodsport (SayMyName and Riot Ten) and a DJ performance from renowned French talent Madeon, extraterrestrial roaming alien performers, extraordinary art installations, food and beverage vendors, champagne toasts, and more will also return this December.

Hard-hitting back-to-back sets by Craze and Zeke Beats, as well as Rohaan and Saka, are further roster highlights to note. Along with a rowdy tech-house set from famous DJ/production duo Sidepiece, psychedelic trance duo Vini Vici will also be spinning records to bring in the new year. Mikey Lion of Desert Hearts and Chicago’s Green Velvet will bring their distinctive sounds to the NOS Events Center, and LA’s Jauz and Zhu will keep the bass pounding all night with their inimitable brand of catchy, unrelenting bass. In addition to a thrilling performance from Amsterdam natives Yellow Claw, rising London producer James Hype will provide his euphorically captivating take on house music.

Have we missed an event or a party? Email us at info@thegroovecartel.com to be featured in this article.