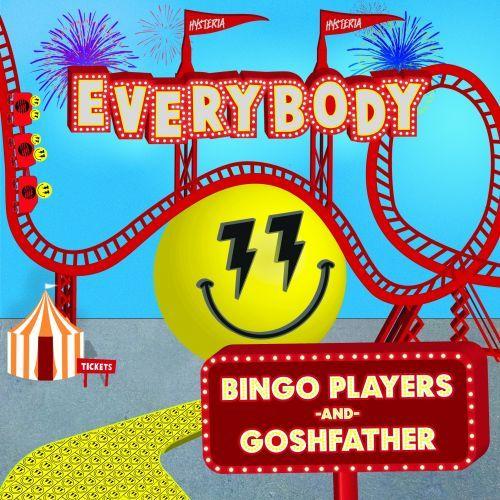 [vc_row][vc_column][vc_column_text]Following the success of his “What’s Next” EP released back in December, DJ/producer Bingo Players has returned with another impressive original called “Everybody,” collabed alongside LA-based future house producer, Goshfather.

Catchy & strong vocals filled with poppy percussion, synth loops, cheerful lyrics, and all-around bouncy vibes “Everybody” will be stored in your mind once you listen to it. Not even a single person in the room would be able to resist his dance moves when this track is played. The vibe is infectious and the melodic synth chords create a subtle groove that can make anyone dance on the floor. “Everybody” is the perfect tune for opening the upcoming festival season!

Bingo Players is back with a new release with Goshfather, the track is called ‘Everybody’ and is out now on Hysteria Records

Dutch star Bingo Players have also announced his new partnership of Hysteria Records with Spinnin’ Records with this first track. The track also manages to bring back memories from the 70s but it also combines the style of modern music; it’s a perfect joyful song for clubs and even suitable for house parties.

“I’m very excited because me and my label, Hysteria, has partnered with Spinnin’ to release ‘Everybody.’ Outside of releasing my music, Hysteria is where we look to develop new talents. Goshfather is a perfect example of this. He’s somebody I met in Los Angeles at one of our shows, we had similar musical tastes and working together we ended up with ‘Everybody.’ I played the record for some friends at Spinnin and we started talking about working together again. We’re really excited to have the Spinnin team on board, giving us the ability to reach even more people with the music we put out through Hysteria.” – Maarten Hoogstraten (Bingo Players)

The track is already supported by big names in the industry like Robin Schulz, Ummet Ozcan, Avicii, David Guetta & many other artists.