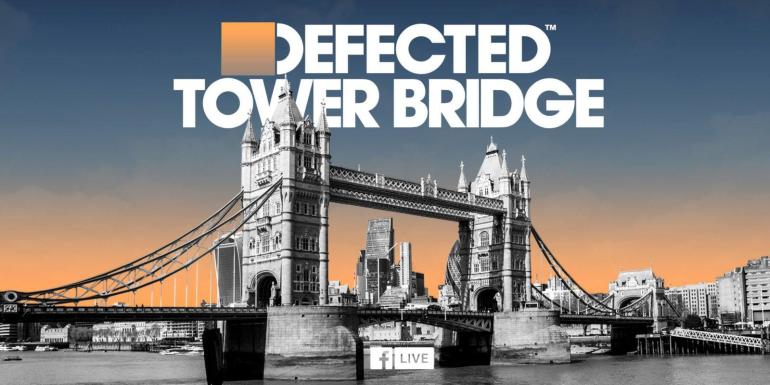 After Kölsch playing on the Eiffel Tower, and Solomun at the ancient and suggestive Théâtre d’Orange, another historic building has hosted an exclusive dance music event. Defected Records sent its’ most representative artists on the top of the Tower Bridge in London to deliver two hours of real house music.

Grammy-nominated duo CamelPhat was the first act who had the honor to play at this exceptional venue: they started the set with the tech-house approach that distinguishes them, playing their new single “Dopamine Machine“, which is coming out soon on Defected. “Cola” and “Panic Room” were mandatory, so the two Brits didn’t miss to play both tracks, for the joy of the Londoners below.

As the light faded and the night fell, the duo left the decks to the label’s stalwart Sam Divine who delivered a selection which was on point as usual. Opening up with the latest Defected release, “Clouds” from Royal-T, Sam also spun the classic “It’s All About House Music“, courtesy of the legendary Ron Carroll, and the chart-topper “In Arms” from Ferreck Dawn & Robosonic. Scott Garcia ft. MC Styles – “A London Thing” was simply mandatory to close one of the best showcases house music ever had.