To spice up things a bit while waiting the release of Camelphat debut album ‘Dark Matter,’ the UK duo has dropped the first single of the album, ‘Witching Hour’ 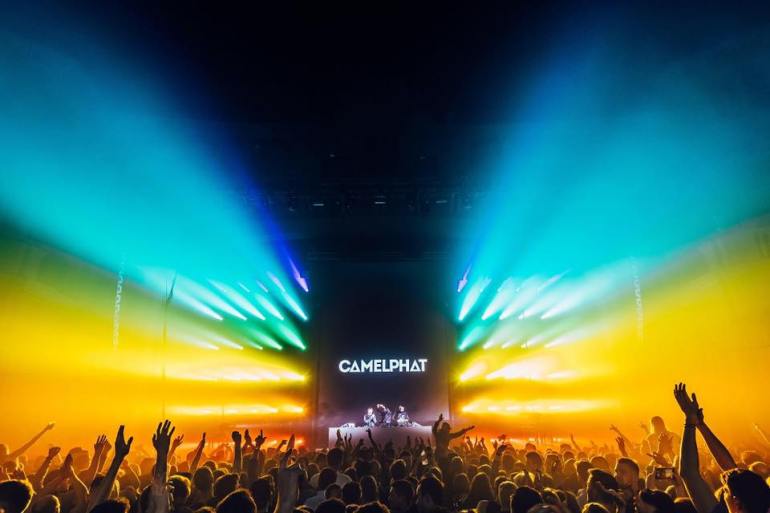 Triple platinum and Grammy-nominated DJ/Producer duo CamelPhat have finally revealed details about their debut album Dark Matter. The British duo, who confirmed their album a couple of months ago, have recently revealed the title and the artwork on their social media platforms.

Following the release of their latest track Hypercolour, the duo has announced the Dark Matter Tour programmed for 2021. Creamfields will surely be one of the tour-stop as the UK-festival has already unveiled a massive lineup that includes the duo.

To hype things up, Camelphat have released the first exclusive single taken from the album. Witching Hour moves from classic Cola-sound for which we met them back in time. Now, with darker and melodic-techno inspired elements, the tune embraces the darker and deeper sounds of electronic music. The melodic progressions flow through a wide baseline and a hypnotic beat to open up into a soothing breakdown.

Witching Hour is the perfect kick-off for the album that already promises to be a success.

Dark Matter tracklist includes 21 tracks and features interesting collaborations including the one with the legendary Noel Gallagher. Even if we can define Dark Matter as the duo’s debut album, it definitely represents the entire CamelPhat’s journey, starting from tracks like Paradigm and the well known Cola up to masterpieces like Breathe, For A Feeling, and Panic Room.

Premiered on BBC Radio 1 Big Weekend the 22nd of May, Camelphat Witching Hour is out now. Check below for the stream. Pre-order Dark Matter here