Cercle invites Jeremy Olander at the Cedergrenska Tornet in Stockholm

After Swiss, New York, and Paris in the last few weeks, Cercle is back on the road, this time they have invited Swedish based DJ and producer Jeremy Olander for an exclusive sunset DJ-set at the Cedergrenska Tornet in Stockholm.

More than 1 hours and a half long were Jeremy Olander DJ-set and, we can 100% says it was magical. He kicks off with a brand new ID that fans have renamed on 1001 tracklist as ‘Cercle Intro ID’. Despite a couple of records, Jeremy’s performance was entirely centered on himself and his music; he dropped a lot of unreleased like the ‘No No ID’ played for the first time last December on The Anjunadeep Edition 180. He has showcased also the ‘Goodbar ID’ and ‘Relevance ID’ both played massively during the summer.

These mix of mystical and magic vibes delivered by the wonderful DJ-set and the incredible frame of Cedergrenska Tornet at the sunset created a suggestive atmosphere that could be felt through live stream.

Cercle lands in Sweden and invites Jeremy Olander at the Cedergrenska Tornet in Stockholm. 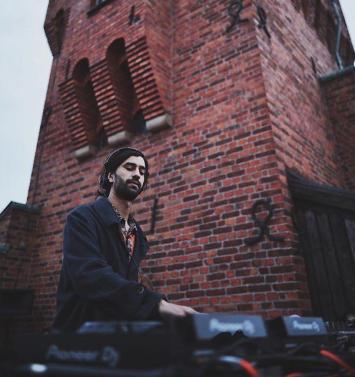 Yes, you have read correctly, the live stream. If you’re new to this format, you have to know that Cercle is a multimedia company which main goal is to promote DJ and venues creating, every time, exclusive situations and atmospheres. They film and broadcast DJ sets & live performances on Facebook in carefully selected and unusual places.


Talking about Jeremy Olander, he was born in Fairfax, Virginia, United States and then he moved to Stockholm where he’s currently based. Olander’s first official original release came out on Sovereign House Records in 2009. He went on to continue to release a number of EPs on smaller independent record labels. Jeremy Olander released 3 EPs on Oxygen Recordings and Spinnin’ Deep, both sub-labels of Spinnin’ Records. n 2014, Olander performed at the EPIC 3.0 show at Madison Square Garden put on by Eric Prydz. The show incorporated a 20m, 4K hologram and 32 lasers. On July 6, 2015, Olander released his first track on Spanish label Suara with his remix of Dosem’s “Runnerpark”. Last December he debuted on Anjunadeep with his ’Crossed’ EP.

The location: this time was the turn of Cedergrenska Tornet is an ancient building in Cedergrenska Park in Danderyds municipality. It was built on the behalf Mr. Albert Gotthard Nestor Cedergren (1849-1921) on his field in Stocksund. After the tower had been unfinished for many years, it was completed and was opened on April 21, 1996. Fun fact of the building is that in an unknown place in the tower there is a box wrapped. This will open on April 21, 2096, when the tower filled 200 years.

As described above, Cercle records and live streams all the performances spreading to the world the amazing vibes of its event. You can find the whole recording of the show below or on Cercle’s social.