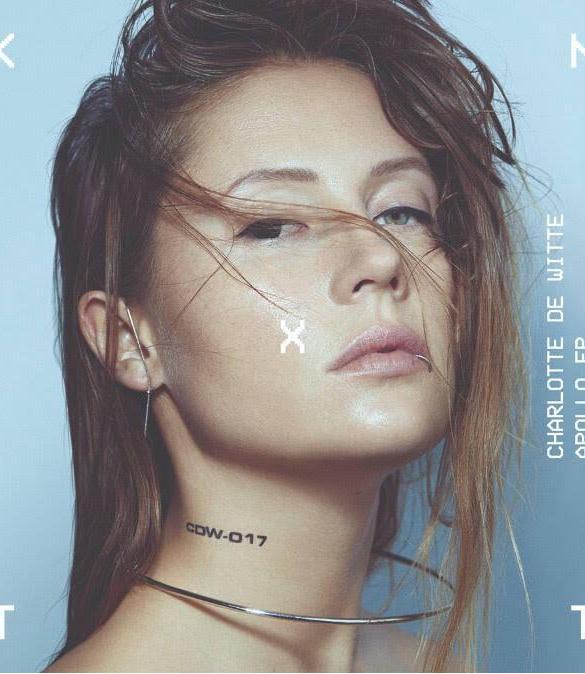 The brand-new EP “Apollo” by Belgian techno queen Charlotte de Witte has been released on her own KNTXT label on October 14.

The first track on “Apollo,” an uncompromising collection of club music, is “Missing Channel,” an acid techno piece with throbbing kick beats and squelching 303s. The title track, which follows, moves the action into warehouse techno territory by contrasting thrashing kicks with eerie, ethereal vocals, while “Mercury” cultivates an impressive interplanetary atmosphere. The album’s final track, “PPC,” a shimmering, beatless invention studded with sounds of space transmissions, is by far the most experimental on the disc.

It comes after the April EP “Universal Consciousness,” and in the upcoming weeks and months, Charlotte will be performing at Beyond The Valley Australia, Creamfields Chile, and Amsterdam Dance Event. She will organize a takeover of the city’s Ziggo Dome by the KNTXT label at ADE, and the label will also work with the clothing company Filling Pieces throughout the week-long event. She will shortly go to South America for KNTXT showcases in Buenos Aires and So Paulo if that weren’t enough.

Charlotte de Witte is well recognized for her dark, raw style of acid, techno, and anything else with a lot of energy. Although she frequently crosses borders, she still has a great deal of respect for the underground. Highlight appearances on all continents, including being the first female and techno DJ to headline Tomorrowland’s mainstage, Mixmag and DJ Mag covers, and prominent places in charts and lists attest to her popularity as the new king or queen of techno.