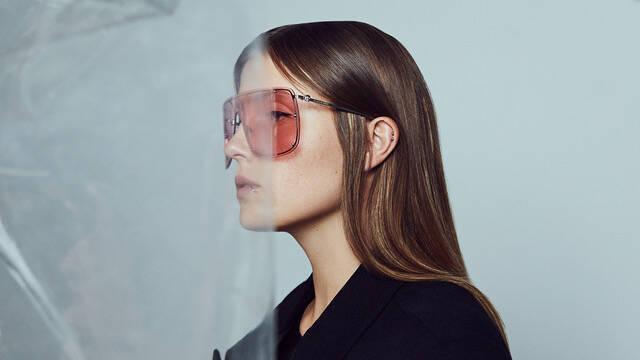 A day before release on Wednesday 27th of April at 19:00 CEST and in collaboration with Beatport, Charlotte heads up ’New Form’ V: Universal Consciousness stream. It was shot in the empty Flanders Expo venue with the epic production that had been set up for the hugely successful event on April 16th.

Charlotte has just returned from her biggest KNTXT party to date, which took place in mid-April. It took place in her hometown of Ghent, and she performed a historic 10-hour set to a large crowd who were taken on a true sonic journey. Charlotte also returned to London’s iconic Printworks for the first time in five years in April, this time with her KNTXT concept, and raised the roof once more. While on the road, she continues to curate the Apple Music x KNTXT page and creates new sounds in the studio. This latest EP is another subtle evolution in her signature style.

Following up on my latest Asura EP in September, I decided to delve a bit deeper in the world of psychedelia. All the tracks of the EP are psy inspired, some more than others. I’ve been playing these tracks for a while now in the clubs. It’s been a real pleasure to see the crowd’s reaction and see the amount of track ID requests online. This one is from me to you, I hope you enjoy my Universal Consciousness EP! – Charlotte de Witte

The first track, ‘Satori,’ is dark and heavy. As the squelchy acid synths pan around the mix, the chunky, raw drums hit hard and flat. An entrancing Middle Eastern vocal wail adds a trance-inducing element that is sure to capture the hearts and minds of the audience.


The super ‘Kali‘ is a slick and high-speed piece that shows the love relation between psy trance and techno. The video game synths peel off the groove alongside alien sound effects, and the subtly evolving acid line burrows deep into your brain.

The dynamic, bouncy, and acid-laced title cut ‘Universal Consciousness‘ follows. It’s a fulsome tune with rubbery kicks and visceral 303 loops that will melt the mind, as dancers fall under its hypnotic and tripped out spell.

The final track is ‘Ahimsa,’ which features bright, lashing acid synths and hammering kick drums. It’s the ideal blend of physical groove and psychedelic synth work, and it works equally well in sweaty basements and vast main rooms. When the mystical flutes come in, it takes things to another level entirely.